Rapper T.I. is laughing in the faces of all of his accusers. The new song features his song, “I Don’t Give a F*ck” banger and fellow ATLein Lil Jon. 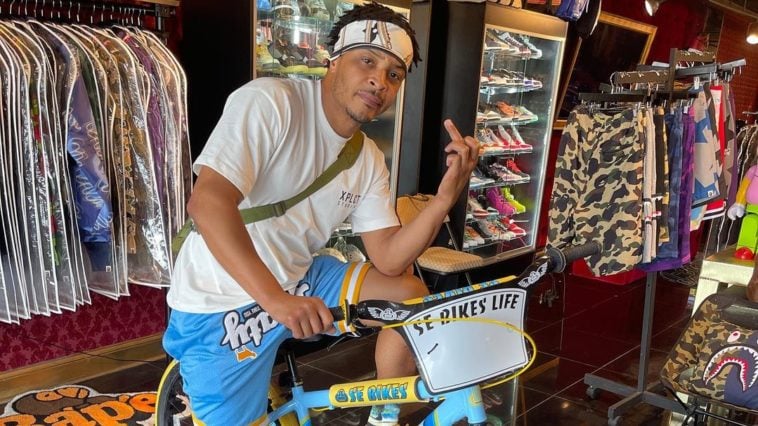 Last week T.I. and his wife Tiny’s sexual assault case was dismissed in Los Angeles. Prosecutors chose not to charge the couple as the case wasn’t in the statute of limitations. The alleged assault occurred back in 2005.

“F*** Em” shows T.I. taking a trip through his popular Trap Music Museum in Atlanta. The video goes back and forth between color and black and white footage. In addition to cameo’s from “Big Facts” host Big Bank and Lil Jon who made sure to let their presence be felt on the track as well.

Don’t Come For T.I. Or His Wife

It’s clear how the Atlanta rapper feels about anyone who comes from him, his wife, or his empire. In the first verse of the song TIP says:

“On my life, me and my wife, run this city, can’t snatch these stripes / We don’t care what they talking ‘bout fuck them lies / Just mad ‘cause they bankroll ain’t this size.”

In June 2021, TI claimed he and his wife, Tiny were being targeted by people bent on getting money out of them. Multiple women recently accused T.I. and Tiny of various crimes involving drugs, kidnapping, and sexual assault dating back several years.