The COVID-19 pandemic is coming to television. This weekend, Comedy Central revealed a second pandemic-themed episode of one of the channel’s major shows.

Comedy Central’s South ParQ The Vaccination Special will debut on Wednesday, March 10 at 8PM ET, with a simulcast on MTV2. It will be one hour long and comes after a successful first installment of South Park adapted to coronavirus, which also was the highest-rated episode of the series in seven years. The second special will show the town searching for the vaccine as the main characters fight to also get a dose for their teacher. 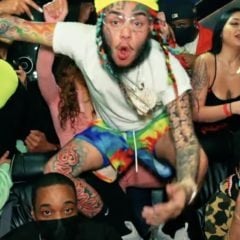 The COVID-19 pandemic is hitting everybody hard. Hollywood star Nick Cannon was one of the latest high-profile entertainers to test positive for coronavirus. “The Masked Singer” host recently tested positive for COVID.

Nick Cannon has tested positive for COVID-19 and will sit out hosting The Masked Singer season 5 for at least few episodes, EW can confirm. Variety first reported the news. Niecy Nash, who was a guest panelist on The Masked Singer’s fourth installment, will fill in as production on the new season begins Thursday, a rep for the Fox singing competition tells EW. Cannon is currently resting and in isolation, his rep confirms, and the network expects him to return to the series later in the season. (EW) 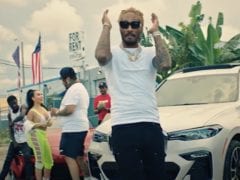 Renowned comedian Dave Chappelle recently came forward prior to reveal he’s tested positive for the virus and canceled a slew of socially-distanced shows. Chappelle has let it be known he now has coronavirus. He is currently quarantining and is doing well, showing no symptoms of illness.

A rep for the comedian tells us Dave is currently quarantined after the positive test, but he has not yet experienced any symptoms. Dave performed the first of 5 shows in Austin Wednesday night with others scheduled for Thursday, Friday, Saturday and Sunday. (TMZ)

Two of Chappelle’s since-canceled shows were slated to feature appearances from popular entertainer Joe Rogan. The pair recently also posted up with billionaire Elon Musk and Grimes in Texas. With that being said, Rogan has spoken out on the situation and let it be known he was healthy and that Grimes didn’t spread the virus.

“Because people are asking. I was not exposed to the person who had covid and I have tested negative every day this week. Also, the person that gave covid to Dave was NOT Elon’s partner, Grimes.”