Snoop showed major appreciation over the decision to free Harris, who was behind bars for attempted murder and cocaine trafficking and originally slated for a 2028 release. The Dogg Father was amped over the news and didn’t hold back his joy.

“I love what they did. That’s great work for the president and his team on the way out. They did some great work while they was in there and they did some great work on their way out. Let them know that I love what they did. It is amazing what the work of God can actually bring to life to make people understand that there is a God.” “Happy Sunday,” Snoop Dogg says, before hearing the purpose for the Zoom call. Johnson, the first-time drug offender Trump freed from a life sentence, following lobbying by Kim Kardashian and later pardoned, then shares the news. Johnson tells Snoop Dogg, “I just got a call from the White House and Harry-O is getting clemency. He’s coming home, brother!” Snoop exclaims, “God is good!” A thrilled Johnson concurs, “All the time! All the time! All the time!” (New York Post) 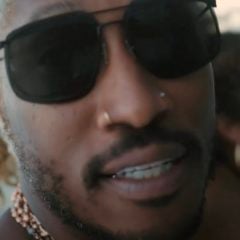 A few days ago, buzz developed about President Donald Trump possibly preparing a list of celebrity people to pardon. On the rundown was jailed Florida rapper Kodak Black as well as Grammy-winning rapper Lil Wayne, who faced firearm charges, and who most recently shared his support for Donald during the 2020 presidential election.