Jamaican artist Shenseea stopped by to speak with SOHH during the premiere of Lil Baby’s “Untrapped: The Story Of Lil Baby”. She said she’s got her own story to tell and a documentary on her life could be in the works soon. 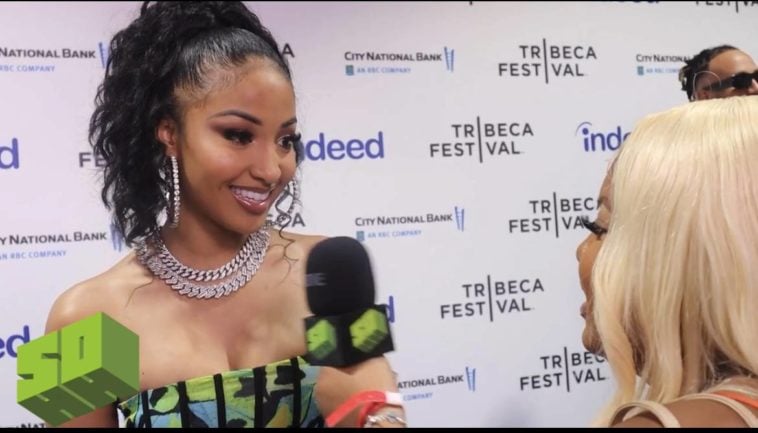 Shenseea, a local superstar in her home country of Jamaica has been steadily coming in super hot on the charts in America. She gained exposure after featuring on Kanye West’s album, Donda, and making an appearance at his listening party.

The “Lick” rapper attended Lil Baby’s premiere of his new documentary, “Untrapped: The Story Of Lil Baby.” She stopped by SOHH and shared a surprising revelation.

During the interview, the Jamaican artist was asked if we can expect a documentary of her life as she emerges as the next superstar on the scene.

“Maybe in a couple years time, but you’re definitely going to have a documentary of me. I have so much more to tell.”

Shenseea’s story promises to be pretty spicy indeed. She recently released her anticipated studio album, Alpha, and of course, she had to have an album release party to celebrate. The party was in Jamaica and everyone was talking about the man who was spotted giving her special attention – music producer London On Da Track