Saweetie and Lil Wayne collaborated with the NFL to announce the kick-off football season. 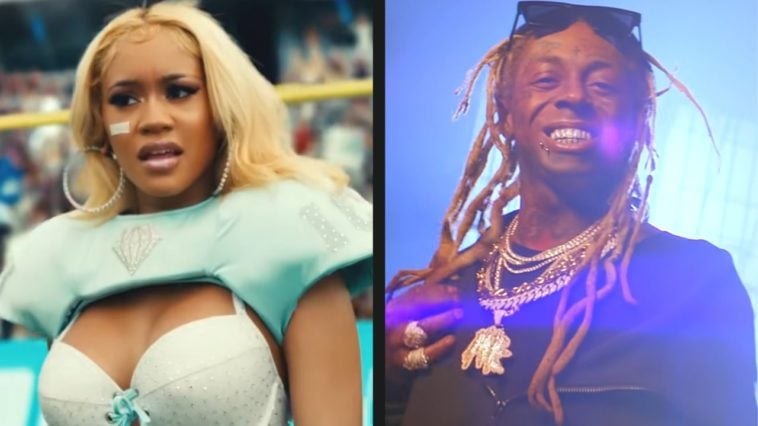 The “Bestfriend” artist took to Instagram to announce the kick-off of football season with Lil Wayne.

As the clip unfolds, Saweetie calls out to Wayne from a hype crowd, “Right here, Wayne.”

The “A Milli” rapper nods when he recognizes her as she signals to him with her long nails. The Bay Area rapper then nodded her head back and continued chanting with the crowd.

In addition, people in the crowd were seen sporting different team jerseys and chanting with pom poms in hand as confetti filled the air.

Saweetie Celebrates Her Birthday With First Pitch At Dodgers Game

Saweetie has been diving into sports. Last month, she had the honor of making the first pitch at the Los Angeles Dodgers game.