West Coast rap star Saweetie is speaking up. The Los Angeles crooner has spoken out about homophobia in the genre during a new interview. 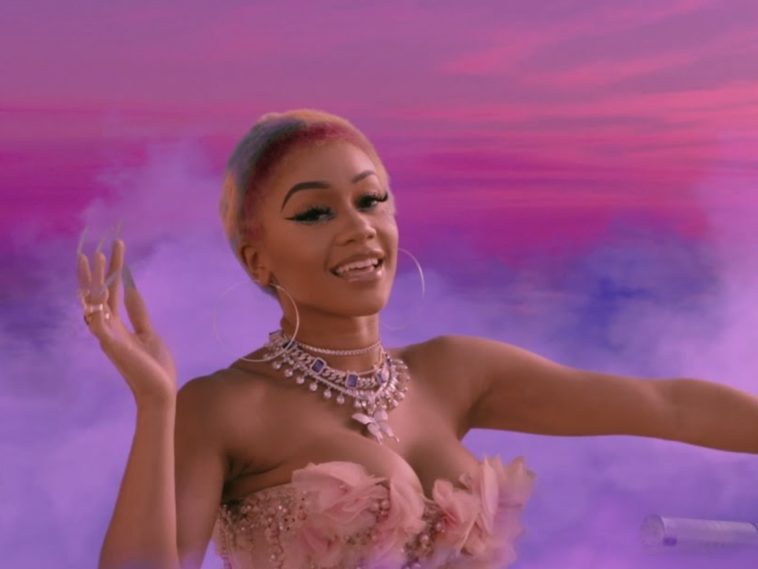 Saweetie Speaks Out Against Homophobia In Hip-Hop

Saweetie gave nothing but love to the LGBTQ+ community while speaking to People magazine. She noted how important accountability is, speaking on a trending topic in hip-hop since DaBaby’s recent controversial comments.

“I think that it’s important that we all respect each other. We all bleed the same. We’re all human beings. I was raised in a household that believes in respecting everyone, no matter who they are, no matter what they do, because at the end of the day, we’re all equal. We all need to call out what we’re uncomfortable with. We need to call out what we stand for and for what we believe is right.” (People)

Houston rapper Megan Thee Stallion has love for everybody, including the LGBTQ+ community. However, speaking of DaBaby, – there might be one exception at this point.

In light of DaBaby’s controversial Rolling Loud on-stage rant, Meg was asked about her support of the LGBTQ+ community. She gave nothing but support and said “it’s about time” hip-hop addresses homophobia within the genre.

“It is about time. Representation is important, and it is really crucial for us all to have compassion and acceptance of every human.” (PEOPLE)

If it’s not Meg, the Charlotte rap star at least has one person on his side. Atlanta rapper Trouble went on a nearly four-minute rant last week on social media vocalizing his support for Baby.