Saweetie AKA the Icy Queen, hit up Twitter to release a snippet of her new single “DIAMONTÉ.” 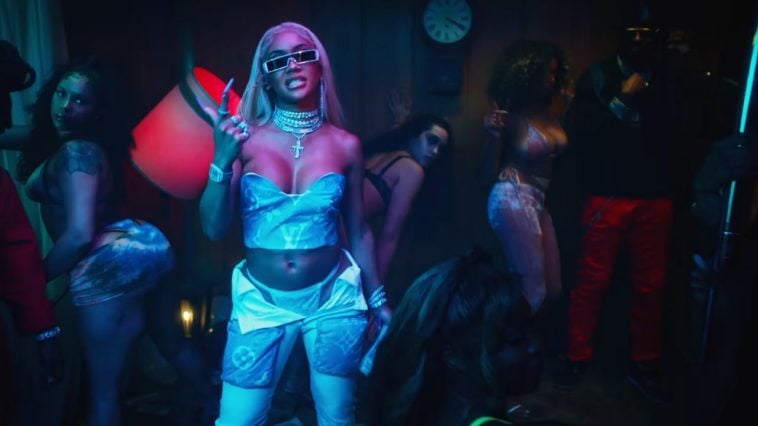 The “Pretty Bitch Music” maker is glammed up in an icy blue and white Louis Vuitton bustier top, jeans, and biker shades embedded with diamonds.

The video clip takes place inside a house party, with the “My Type” star standing in the middle of the dance floor rapping.

Some of the explicit lyrics read, “before you stick it in, I’mma put this p****y in your face, make your lip lock.”

Is More Music On The Way?

Saweetie has been on a roll. She recently released  the video for her song “Baby Boo” featuring Muni Long which is inspired by the original film “Love and Basketball.”

The “Back To The Streets” creator addressed her delay in her upcoming album back in June saying:

“I have realized my purpose with the platform God has given me which is why I have taken my time with releasing music this time around.”

It’s safe to say fans can expect new music on the way.