Rick Ross has to be the first celebrity to hang out with a stalker fan in front of his house. 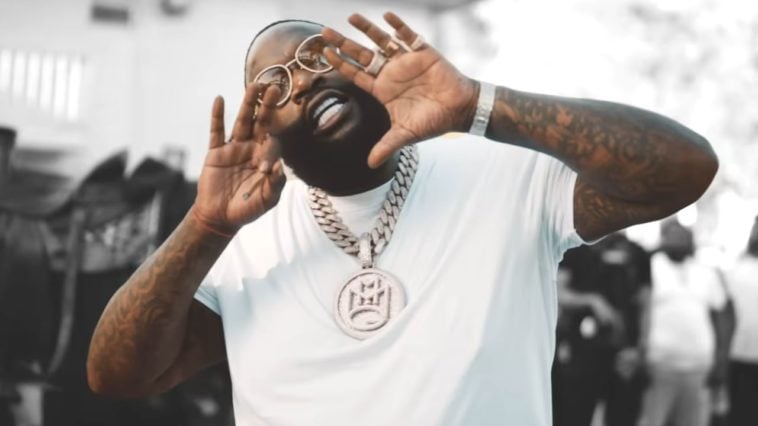 The “Hustlin’” rapper took to TikTok to share that he was hanging out with one of his stalker fans.

As the clip continues, the Miami rapper asks the fan how long she’s been stalking him.

The TikTok video also reveals the rapper with one arm around her shoulders, as she proudly shows off a screenshot photo of him putting her on his story.

Furthermore, the “Money In The Grave” artist asks her:

“Not that long, as she covers her mouth, I’m sorry, Mr. Ross, I would never stalk you; it’s been six months, he answers; it’s three years, and she says, okay, you’re right.”

Apparently, the two originally met at a nightclub.

Rick Ross isn’t the only one interacting with fans.

Nicki Minaj bonded with her fans in the lobby at the after party for the VMAs.