Quavo and Takeoff may never reunite with Offset after choosing Nicki Minaj over the ex-member’s wife, Cardi B, during a segment on Drink Champs. 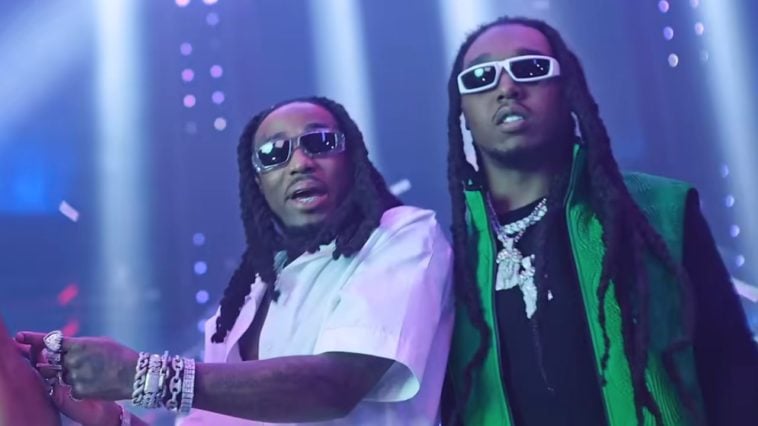 It looks like a reunion with the Migos won’t happen anytime soon after Quavo and Takeoff’s shocking answer on Drink Champs.

During the interview, the remaining Migos members surprisingly chose Nicki Minaj over Cardi B during the “Quick Time or Slime” segment.

The “Super Freaky Girl” and Bronx native have been in a long-standing feud since they got into a public fight at NYFW after months of denying there was an issue.

The revelation may shock fans due to the beef Quavo had with Nicki Minaj in 2018 after claiming he had a fling with her on the song “Huncho Dreams.”

Ice Spice seemingly agrees with Quavo and Takeoff since she refers to herself as a Barb in one of her songs while saying she still likes Cardi. Recently, Cardi B did a remix to Ice Spice’s popular song “Munch” after she said she would like to work with her fellow Bronx native in the past on Twitter.

There has been a lot of speculation on why ex-member Offset, who is also married to Cardi B, left the group in the first place. In Quavo’s latest single, “Messy,” he raps about “his dawg” in the industry who snuck around with ex-girlfriend Saweetie.

In the same interview, the duo was asked about doing a possible Verzuz battle. During the conversation, Quavo asked, “who y’all think could Verzuz with us?”

The Migos member then implied that if anyone were going to battle them, it would have to be a group from their generation.

Chrisean Rock Alleges Blueface Abused Her, Then Retracts Statement; Says He Attempted To “Save Her”