Pusha T is getting his fans excited for a new album (or single). The rapper dropped photo artwork of the alternative pop singer, Lana Del Rey, with a white powdery substance covering her face, suggesting a release. 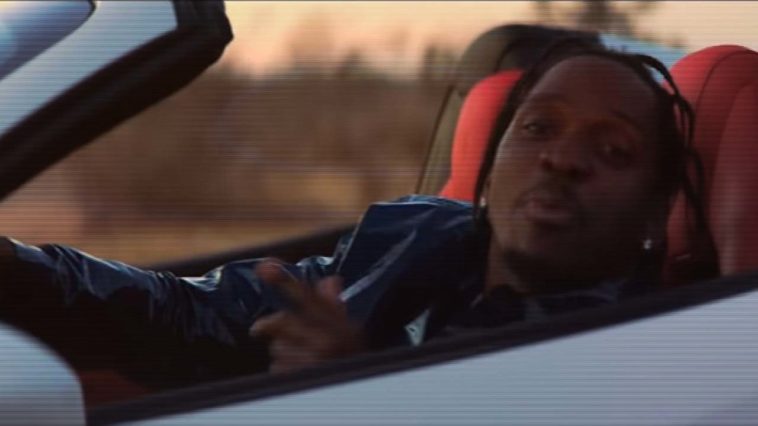 Pusha T is making his presence felt as he gears up for a release.

The Virginia rapper and GOOD Music executive gave fans a glimpse of some new music as he dropped a clip of him rapping at a party in Paris with Gunna, Kanye West, and his new book, Julia Fox.

The social media post included a dated photo of pop singer/songwriter Lana Del Rey with her face covered in a dollop of a white substance.  The inference could be to cocaine, a drug that both Rey and Pusha T reference in their music.  Lana Del Rey is no stranger to the substance with hit songs like “High by the Beach” and “Brooklyn Baby” where she discusses getting high on the drug.

The rapper also had an unreleased song playing at a NIGO Kenzo show at Paris Fashion Week.

Push revealed in August that an album was coming. He didn’t give a specific timetable for the project, but it will be produced by none other than legendary rappers Kanye West and Pharrell Williams.

King Push, a longtime enemy of Drizzy’s, liked an Instagram post calling out Drake’s album art. The original photo labels the CLB cover art as whack and another example of the value placed on “mediocre” cis-males in the art world. Lizzo Criticized For Fangirling on Chris Brown, While CB Is Accused of Stealing