Music superstar Post Malone is bringing back the most nostalgia. On Thursday, Posty released a cover of iconic Hootie and the Blowfish song “Only Wanna Be With You” to commemorate a special anniversary.

Post Malone Drops “Only Wanna Be With You” Cover

In honor of storied animation franchise Pokémon’s 25th anniversary, Post Malone has dropped his own cover of the song, which also debuted 25 years ago. Posty has brought fans back to simpler times with his new release. 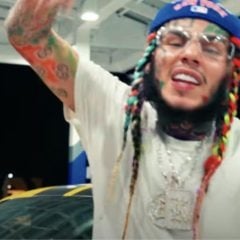 The Texas rapper will be a big part of Pokemon’s 25th anniversary celebration. The Billboard Award winner is performing a virtual concert for Pokemon Day on Feb. 27. The Pokemon empire — which includes trading cards, video games, toys, cartoons, apps and more — turns 25 years old in 2021. The brand has enlisted platinum-selling artist Post Malone to perform a virtual concert for the occasion, which the trailer suggests will be part real-life Posty and part avatar. 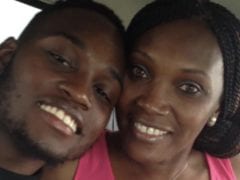 Post Malone recently teamed up with Crocs to provide footwear for 10,000 essential hospital workers during the COVID-19 pandemic. His signature Duet Max Clog II Crocs were distributed to hospitals around the U.S.

“Caregivers and staff are receiving their very own pair of Post Malone’s fifth #pmxcrocs collaboration as a thank you for their brave work on the frontlines to keep our communities safe!”

Posty leveled up as 2020 came to an end. The Southern entertainer launched the newest line of his Crocs – his fifth collaboration with the brand. The black-and-pink Duet Max Clog II went for $59.99 and for an extra $11.99, Malone dropped two three-packs of Jibbitz shoe charms that can be put into the Crocs as well.

“Each pair costs $59.99 and features an exaggerated, chunky outsole, pivotable backstraps with adjustable hook and loop closures, Post Malone-branded rivets and lanyard clips…. one [pack] inspired by his hammer and flail face tattoos and PostyCo company, the other featuring a rubber ducky, grapes and a heart in bright colors.” (Page Six)