New York rapper Cardi B is feeling the most love from her family. The rap heavyweight’s husband Offset and her sister Hennessy Carolina have both come forward to show support for her must-see and must-hear new “Up” single.

Both Off and Henny went to their Instagram pages to show Cardi some major appreciation. The Atlanta rapper referenced her song’s hook while Carolina shared a clip from the song’s music video. 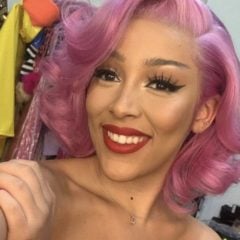 NEWSDoja Cat Finally Caves In On The Silhouette Challenge

B’s newest music video has ample ‘OMG’ moments from the start through its finish. Despite not having any guest features on the record, Cardi surrounds herself with peers and beautiful women throughout her visual. It’s also worth noting there’s some serious tongue kissing action by Cardi despite the current coronavirus pandemic.

New York rapper Cardi B has kept her word on delivering hew new “Up” single to the masses. The must-see visual clocks in at nearly three minutes and features B doing anything and everything you can imagine on-camera. From bidding farewell to 2020 with a gravestone to teasing some girl-on-girl action, B doesn’t hold back on her latest single since last summer’s “WAP” classic. (SOHH) 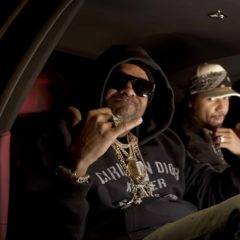 Cardi B Reveals Jaw-Dropping ‘Up’ Artwork

Cardi B knows how to blow minds away. Earlier in the week, she shared a new look at her “Up” single courtesy of an alternate artwork shot, where you can see her husband Offset‘s name tattooed on her leg.

The must-see shot came following B putting out some major news. Cardi revealed her new “Up” single would premiere on Friday months after her “WAP” smash debuted globally.