It seems Nicki Minaj is collaborating with more celebrities these days, and Alabama rapper Yung Bleu is next on the list. The pair will release a new song this Friday called “Love In The Way.” 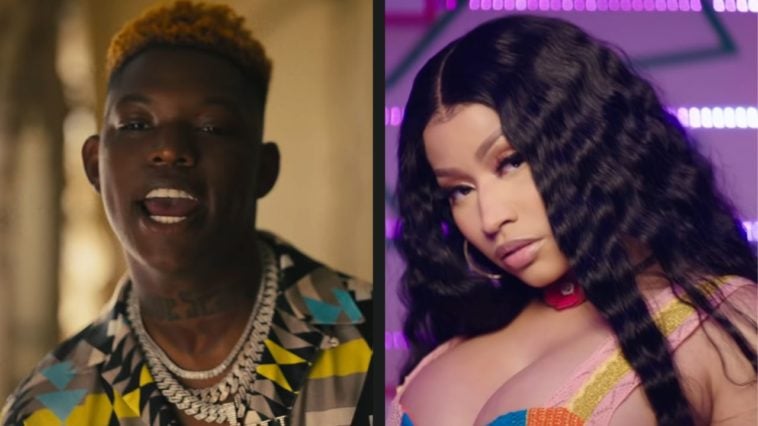 Yung Bleu is checking more names off his list of dream collaborations with a new song featuring Nicki Minaj.

The song, which will be released on Friday, is titled “Love In The Way.”

The song was first teased last month by Nicki herself.

After taking a break to speed time with Papa Bear, Nicki has constantly dropped musical features.

Leaving fans speculating what other artists will be on her upcoming album.

The song will surely spark more traction for Yung Bleu, known for his R&B and rap sound.

In addition, the “Slide Thru” artist geared fans up on Instagram for his next upcoming project.

So far, Nicki hasn’t released a date for her next album, but it will surely feature many underrated artists in the hip-hop industry.

Nicki Minaj released the video to her number one hit  “Super Freaky Girl.”

It is a true Barbie’s paradise with a dark twist.

In the new video “Super Freaky Girl,” the Beam Me Up Scotty rapper is in a Barbie Dream house with her Ken, Alexander Ludwig; however, she has an unstable side.