The self-proclaimed queen of rap uses her verse on the new anthem to reference her publicized birth. Nicki also keeps her raps extra x-rated with references to her lower region and edible panties.

On Friday (Oct. 16), the hip-hop star and new mom got bouncing with a different kind of baby, when she dropped in on Sada Baby’s “Whole Lotta Choppas.” Minaj gets her current situation out there right from the top, when she raps: “Nine months motherf—in’ pregnant, like what.” Detroit rapper Sada Baby dropped the original cut of the R-rated “Whole Lotta Choppas” earlier in the year. Soon after its release, the track went viral as a dance challenge on TikTok. (Billboard)

In August 2020, Sada Baby delivered his “Whole Lotta Choppas” music video. In less than 2 months, the visual already has over 7 million YouTube views. 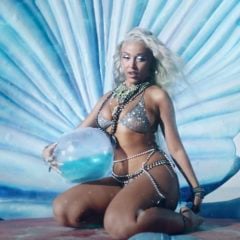 According to reports, Onika is now on her mommy duties. While details are still scarce, she gave birth in California late September 2020.

Nicki Minaj has given birth to her first child, a source confirms exclusively to PEOPLE. The singer and husband Kenneth “Zoo” Petty, welcomed their baby on Wednesday, Sept. 30, in Los Angeles, the source adds. Minaj, 37, announced her pregnancy news on Instagram in July, alongside a set of glam snapshots featuring the singer baring her baby bump. In two of the photos, the then-mom-to-be rocked a curly, bright-yellow hairdo, an intricately decorated bikini and sparkly platform stilettos. Another showed her in a ruffled bottom, white knee-high stockings and a blue done-up hairstyle, complete with a bright-green bow. (PEOPLE) 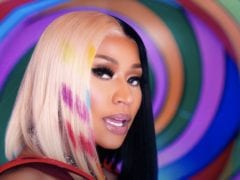 “Thanks for the love @nickiminaj and congratulations on the little one. #bransoncognac #lecheminduroi” -50 Cent’s Twitter