It feels like the new year started just yesterday, and here we are about to close in July. What better way to enter the last weekend in July than new bangerz to drive to, hit the gym, reminisce, and get hype for the rest of summer? 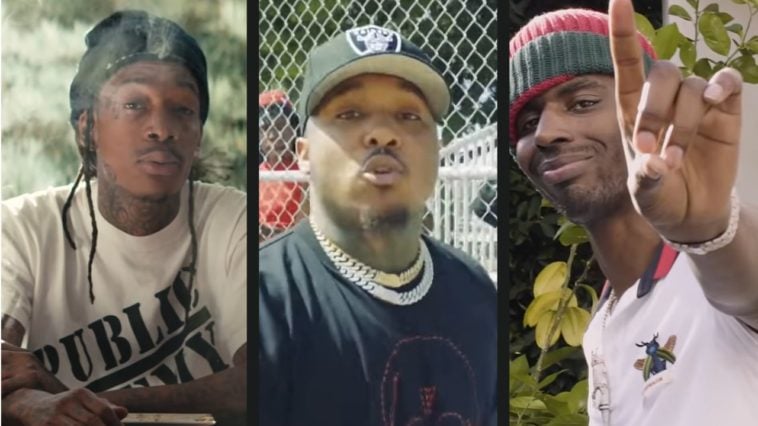 This week, we have new album drops by Wiz Khalifa and Doe Boy, with singles and collaborations by Travis Scott, Offset, Takeoff, Quavo, and a few others.

Read on, download on your device, and let these songs be your escape.

As it is her right, Bey’s album drop has taken up most of the oxygen in this universe.

However, there is enough space for Wiz’s Multiverse.

No, it is not the multiverse of madness, but Wiz pulled a move of madness with this 17-track album.

Check out “Big Daddy Wiz” (feat. Girl Talk), it really is a fitting album opener. It has been a good 2022 output-wise for Big Wiz, dropping “Full Court Press” and “Stoner’s Night” earlier in the year.

Doe Boy – Catch Me If I Can

Catch Me If You Can marks Doe Boy’s second album this year, after Oh Really.

It could possibly be an ode to Leonardo di Caprio’s 2002 movie of the same name, but they bear two similarities: working hard at their craft and asking the competition to try to keep up.

The 9-track offering is another must-listen from the trap music aficionado.

Quavo x Takeoff feat. Gucci Mane – Us vs Them

Fans may never see the three Migos together again, but Quavo and Offset ensure the fire stays lit.

Their new offering, “Us vs Them,” which features trap god Gucci Mane, might be a subliminal message, letting us know they are still and are not going anywhere.

This tune is super catchy.

Nav, Travis, and Lil Baby dropped barz to an upbeat tune as they talk about having fun and sugar daddy-ing women.

The hook is repetitive and is sure to get stuck in your head; it’s that type of tune you randomly catch yourself humming.

Young Dolph’s estate released the new track for what would have been the rapper’s 37th birthday.

He died last year after he was shot in his hometown of Memphis.

Let us know what you think of this new banger.

Give it a listen and share your thoughts with us.

Calvin Harris feat. Normani, Tinashe, and Offset – New To You

Calvin Harris is building up the hype for his next album drop, Funk Wav Bounces 2. After dropping a star-studded feature list, the DJ decided to bless fans with his collaboration with Normani, Offset, and Tinashe.