Historic female tennis superstar Naomi Osaka has taken over the No. 1 global title for her sport with her phenomenal Australian Open win. The legendary athlete seems to be on a never-ending winning streak, but there’s just one thing that’s overshadowing her success.

Naomi Osaka Has An Awkward Moment

During her acceptance speech, Osaka experienced one of the most awkward moments of her career. The top athlete had a slip-up when she referred to her opponent Jennifer Brady by her full first name rather than “Jenny” moments after she was told she preferred it. Though Naomi took to social media to clear things up and insist it was unintentional, it still made a hilarious and beyond awkward moment that will be remembered. 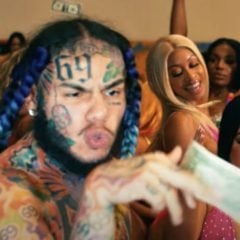 In September 2020, the tennis heavyweight went to her Instagram page with a salute to late NBA icon Kobe Bryant. Osaka credited wearing Black Mamba’s jersey as playing a meaningful role in her epic US Open finals win.

“I wore this jersey every day after my matches. I truly think it gave me strength. Always 💛💜” -Naomi Osaka’s Instagram

In the past, Naomi has shared her love and support for the late NBA legend. 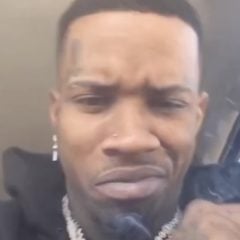 After days after going face-to-face with the biggest names across the globe, Osaka secured her victory after a hard-fought match-up against opponent Victoria Azarenka. To make the victory even sweeter, Cordae watched the historic moment from the stands.

Though Osaka, 22, struggled in the first set with Azarenka, 31, winning 6-1, the Japanese tennis star, who has a left hamstring injury, took the second set 6-3. In the end, Osaka won the third set 6-3. Proudly cheering in the empty stands was her boyfriend, rapper YBN Cordae. (People)

NBA superstar LeBron James made sure to go to his Twitter page to congratulate Osaka on the victory.

The sports superstar’s boyfriend and rapper Cordae went to Instagram with a heartfelt open message. Cordae shared pics of himself working out with Osaka and revealed the moments were captured by NFL free agent and Black Lives Matter leader Colin Kaepernick.

“To be Young, Gifted, and Black 👑 @naomiosaka 📸📸: @kaepernick7” -Cordae’s Instagram