Megan Thee Stallion recently interviewed with The Cut to promote some of her latest projects, and she’s dropped exclusive details on her desire to merge into acting. The transition from a successful rapper to the Hollywood film screen isn’t uncommon. 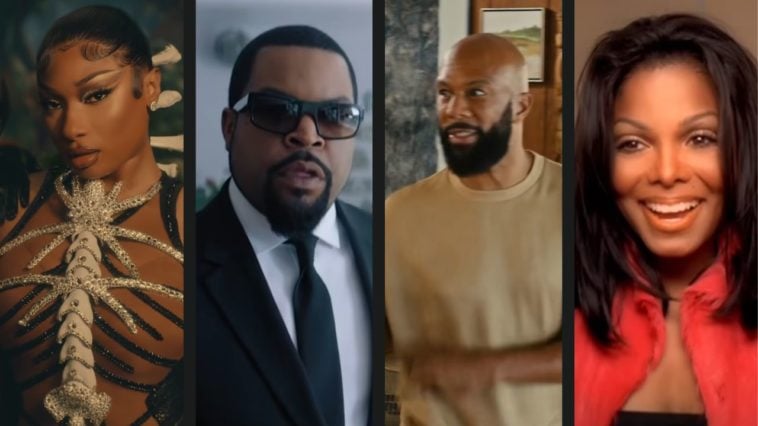 Meg Thee Stallion’s latest interview discusses her growth under the spotlight, and the Houston Hottie admitted her desire to become a successful Hollywood actress.

The “Pressurelicious” songstress says she’s inspired by rappers like Queen Latifah and Ice Cube, who forged a path for themselves in Hollywood.

Snoop Dog’s who produced 19 albums since the release of his 1993 album “Over The Counter,” debuted his acting career with “Training Day” and “Bones” in 2001.

The rapper starred in over 30 films. Snoop Dog’s name can also be found on the Hollywood Walk of Fame.

Ice T, who began as an underground rapper in the 80s, made his mark on the West Coast by introducing gangsta rap.

His Law and Order character, Detective Odafin Tutuola, has become popular in the 21-season series.

The actor’s first audition was done on a bathroom toilet, facing a director who was oblivious to his success as a rapper. Since then, he’s played roles in “New Jack City,” “Crossed the Line,” and more.

Method Man, also a member of the Wu-Tang Klan, succeeded as a solo artist and group member.

He appeared in the 1998 drama Belly and most recently in Power Book II.

The rapper has also appeared in Wu-Tang: An American Saga and the short film Two Distant Strangers.

Common, AKA Common Sense, is prominent as a progressive hip-hop artist.

He’s appeared as a star actor in films like The Hate You Give, Ocean’s 8, and the Netflix movie Ava. He’s won one oscar and has been nominated 50 times for a series of acting awards.

The U.N.I.T.Y rapper, won an Emmy for “Outstanding Television Movie” for her 2015 film, Bessie, and several other awards for films in various film categories.

Janet, who started her career alongside her brothers, made a mark with her original role as Penny in the classic sitcom, Good Times.

As an actress, she went on to take on roles in films like Why Did I Get Married and Poetic Justice.

Tupac made his acting debut early on in his rap career with popular films like Juice, Poetic Justice, Gang Related, and more.

From his acting career from 1991-1997, the “Changes” rapper received 12 IMDB credits, which may have exploded if it weren’t for his untimely death.

Eve has acted and produced films like Barbara Shop and Whip It.

She’s been nominated for comedy awards by BET and two-day-time Emmys. The “Let Me Blow Ya Mind” hitmaker most recently appeared as the main character in the musical drama show Queens produced by ABC network.

As an actor, Cube has 89 IMDb credits, including classics like Boyz N The Hood, Friday and Next Friday, and many more.

The rapper-actor has received a Life Time Achievement Award and Best Black Survivor in a Movie for Anaconda, among other awards in various categories.

Megan Thee Stallion is already getting started in the industry.

She has been picked up to make an appearance on Marvel’s She-Hulk: Attorney At Law and fans are ecstatic.

According to reports, Megan Thee Stallion will play a role in the new movie She-Hulk, which also represents the Marvel Cinematic Universe.