Fans react to a video of DaniLeigh and Fabolous riding around, sparking dating rumors. 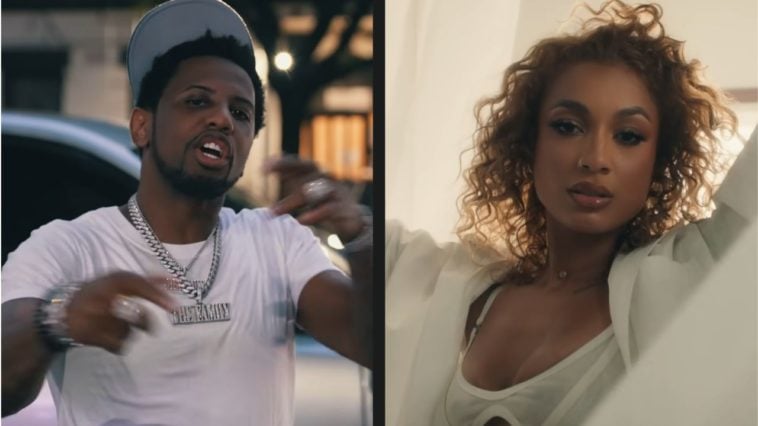 205 Views
Comments Off on Fabolous + DaniLeigh Spotted Out Together, Sparking Dating Rumors

In a quick post-and-delete, Fabolous and DaniLeigh were spotted riding around together in a red sports car.

Fans on Twitter reacted to the video by assuming the two could have something romantic going on, but it could just be regular business.

The connection left a fan “confused”:

“I’m confused why Danileigh and Fab are in the car together like they are friends if she doesn’t back off.”

Another fan assumed Fab was still with his ex-lover, Emily:

“Danileigh loves them toxic niggas that’s already in a relationship, what the fuck is she doing with Fabolous?  He going to whoop her ass.”

Fabulous and DaniLeigh were shooting a music video together, possibly to a song they teased earlier this week.

Back in February rap star Saweetie was under assumptions of being in a new relationship.

In the picture, Quavo’s ex is shown hugging a mystery man tightly.  The man’s face is deliberately obscured – only revealing his ear, color of skin, and the corner of his eye. Lil Reese Has A Message For King Von’s Alleged Killer