Megan Thee Stallion recently took to Twitter to vent her frustration about blogs only covering news that portrays her in a negative light. 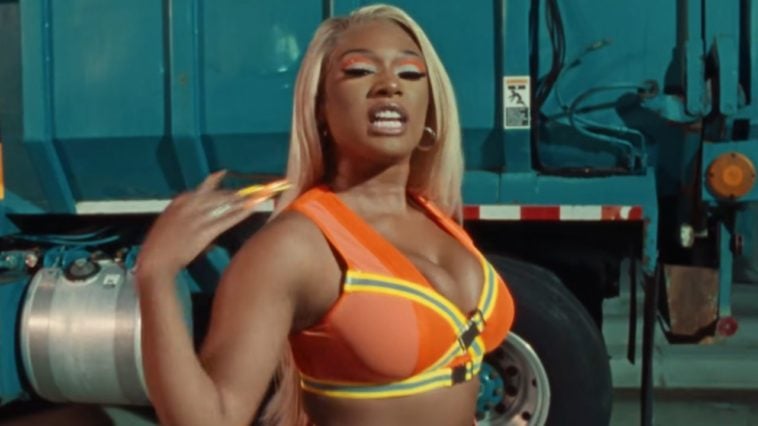 The Grammy-winning Houston hottie took to Twitter to express her frustrations with blogs that seem to ignore positive news about her.

Many of her Hotties were in agreement, with one, in particular, stating:

“Why don’t they cover the mental wellness hub you’ve put together?”

Megan is a big advocate for mental health and has been open about her own issues in the last few years.

She created Bad Bitches Have Bad Days Too, a website that provides resources for those suffering from mental health issues.

In addition, SOHH has covered positive news about the “Body” rapper several times. Here are five other moments Meg was not covered in a negative light:

The Texas hottie created The Pete and Thomas Foundation, a website named after her late parents that aids underserved communities.

According to the non-profit organization’s website, its mission is to “catalyze resources to effect meaningful and positive change in the lives of women and children, senior citizens, and underserved communities in Houston, Texas, and across the globe.”

2. She Broke Into Acting

Megan was featured on this year’s season 2 of P-Valley and made a cameo on the Disney + Marvel  series She-Hulk.

Megan played herself in the episode, where she appeared in court after a case of a Catfish.

Walters’ co-worker, Dennis, hires her firm to sue his ex-girlfriend, who pretended to be Meg and swindled him out of thousands of dollars.

Meg created a 10-city virtual reality tour called Enter Thee HottieVerse that promises to bring Megan fans closer than ever to their favorite Hot Girl, according to AmazeVR.

The show is an “excellent way for people to experience VR at a low barrier to entry, at a movie theater, and in the presence of other Hotties”

4. Awarded Key To City And Honored With Holiday

Houston Mayor Sylvester Turner handed Megan the key to the city while also declaring May 2 to be Megan Thee Stallion Day. The date, in particular, is partly a tribute to her late mother, as it was her birthday.

MTS showed fans her more vulnerable side and addressed some heavy topics on her new album, Traumazine.

Not long after dropping, the Houston native’s new album reached number 2 on the iTunes charts.

Furthermore, the Hottie has been receiving co-signs from both Nike and the Rock.

Hottie And The Big Stepper

In addition, The Houston Hottie is set to both host and perform NBC’s Saturday Night Live this October.

This could be a sign that she’s making a move from music to the big screen.