Megan Thee Stallion and Big Sean are now under fire after being accused of plagiarizing lyrics. Songwriters usually stay under the radar, but in some cases, many make public appearances when it’s discovered that their lyrics have been stolen. Today, two songwriters have popped out with those accusations. 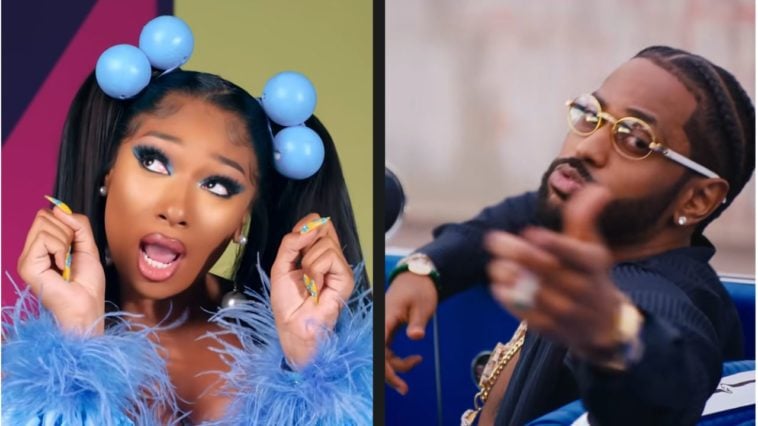 Megan Thee Stallion And Big Sean are being sued in a federal court by two songwriters in Detroit who accuse them of stealing lyrics from them and using them in their music.

For the case, Payne will go by the name “Go Hard Major,” and Jones will go by “H Matic.”

Payne and Jones are a songwriting duo from Detroit who accuses Megan and Sean of using the same lyrics from one of their songs.

In 2012, they wrote the song “Krazy” and put it on the CD ReverbNation, passed it out in Detroit, and performed it at local nightclubs.

Payne and Jones are alleging that Megan’s song, “Go Crazy,” from her album Good News contains a similar chorus and wordings to their song.

The suit also says that the songs are “strikingly similar” with the melodic sequence.

Big Sean’s name is included in the case because he was a Detroit native and frequented the same streets and nightclubs that Payne and Jones were in trying to sell the copyrighted work, according to the suit.

They both claim that Sean had access to their work.

Megan and Sean, along with 2 Chainz’s  “Go Crazy,” was successful as it sold reportedly 100,500 copies the first week and went on to go platinum.

Payne and Jones issued a cease and desist for Megan and Sean in March 2022 to notify them of infringement.

The two writers also used the words “willful and reckless” regarding their copyrighted work.

New Single Out For Megan

The song also has a video out, and many fans are calling it either “toxic” or “too much for them” as it features sexual content. Kanye West In For Coachella, Travis Scott Out Conway The Machine + Benny The Butcher Know What Fans Want