The bounce back is looking great for a fallen ex-NBA star. Dallas Mavericks owner Mark Cuban has shared an update on troubled former player Delonte West to show he’s on the path to recovery.

The memorable NBA veteran, now 37 years old, recently checked into a facility after Cuban reportedly helped him find a place to stay and reunited him with concerned family members. West’s battles with bipolar depression have been well-documented.

“Ladies & Gentlemen, I present to you, Delonte West . A long, long , long way to go, but he has taken the first steps and shared these with all of us as a thank you for the love and support.” -Mark Cuban’s Twitter

West played for the Mavericks in his final NBA season in 2011-12. Before that, he was best known for his success with the Cleveland Cavaliers alongside LeBron James. Cuban has said he would pay for West’s rehab and recovery.

According to recent reports, Cuban and others in the NBA family have tried for years to contact West and help him. Since his playing days ended, West had been spotted out in public in different cities around the country, homeless and often looking disheveled.

“I’ve got to help him, and our organization is going to help him, too.’’ –Mavericks coach Rick Carlisle (Sports Illustrated)

Cuban and West met at a Dallas gas station recently, and Cuban backed up his vow to get West some assistance. 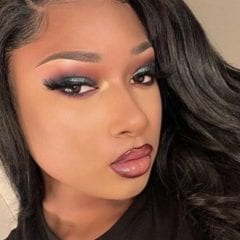 Delonte West grew up in Washington D.C., impacted by poverty and mental health issues as a youth. As a teenager, he attempted to take his own life multiple times. He would overcome adversity to become a basketball star in high school and college. He made it to the NBA in 2004 and reportedly earned over $16.2 million in salary during his career.

In 2009, he had an incident in which he was arrested for possession of three loaded guns. In 2012, while playing for the Mavericks, he was suspended for his conduct around the team and eventually waived.

It’s easy to judge a guy like Delonte West, especially if one does not know the entire story behind the man. (ClutchPoints)

Here’s hoping he finds the help he needs in rehab to turn his life around. 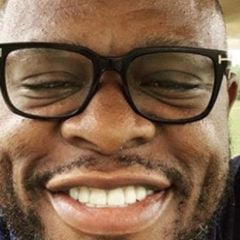 Florida rapper Bhad Bhabie was looking very different this past summer after a reported 30-day stint in rehab. The hip-hop newcomer posted pics on her Instagram which raised plenty of eyebrows.

“when it come down to you i never say no, like i’m supposed to right?” -Bhad Bhabie’s Instagram

The comments section was littered with alarmed fans showing concern for the young artist.

According to reports, Bhad came out of a rehab treatment center shortly before summer started up. She reportedly spent an entire month receiving medical help.

Danielle Bregoli — AKA Bhad Bhabie — is returning to her regularly scheduled program in the music biz, ’cause she’s out of rehab and ready to get back to work. Sources close to Bhad Bhabie tell TMZ … the 17-year-old rapper was released Wednesday after completing a 30-day rehab program. We’re told she feels great and is happy to be back out and about. We’re told her main focus now is her music. (TMZ)