There’s a long history of questionable decisions in the Rap category at the Grammy Awards. Four-time Grammy winner Macklemore recently talked about the infamous award-show moment involving himself and hip-hop superstar Kendrick Lamar.

Seattle rapper Macklemore won four Grammys in 2014, including a controversial Best Rap Album nod for The Heist over Compton MC Kendrick Lamar’s classic good kid, m.A.A.d city. Macklemore has always admitted Kendrick should’ve won, but in a recent interview he went into detail about his side of the story.

“I’m struggling with like, ‘Damn, I’m benefiting from the system I’ve been calling out since I was 20 years old.’ Here I am at the highest level of artistic merit, the Grammys, and here I am benefiting from the same sh*t I’ve been talking about. So I was conflicted. People want to say it was guilt. It was, ‘He feels guilty about being White.’ That’s so surface level. Was there an air of that? Absolutely. Was that the reason? Absolutely not at the forefront.” 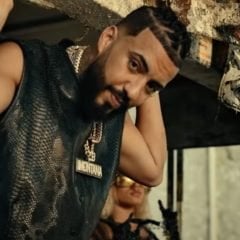 The “Thrift Shop” MC sent a message to Kendrick Lamar right after the Grammys that year, expressing his guilt over the award. For what it’s worth, Kendrick has gone on to win 13 Grammys since that 2014 snub.

“My text to Kendrick after the show. He deserved best rap album… I’m honored and completely blown away to win anything much less 4 Grammys. But in that category, he should have won IMO. And that’s taking nothing away from The Heist. Just giving GKMC it’s proper respect.” 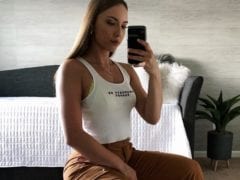 Game Says He’s The King Of Compton, Not Kendrick

West Coast rapper Game recently put big respect on his own name. While on the Clubhouse social media app, self-admittedly “a few shots of tequila” deep and feeling “real Rosecrans and Wilmington,” he let it be known he remains the king of Compton despite Kendrick Lamar’s track record.

“Can’t nobody in Compton outrap Game. Can’t nobody in Compton out-rap me. Kendrick my n-gga. Kendrick doing his sh-t. I love that n-gga to death. I flew past Kendrick when that n-gga was on foot in a Range Rover and showed him how to do this sh-t. Don’t play. Don’t play with Game name. Compton, n-gga. Hardest n-gga in Compton, rapping, lyricist, me. Any n-gga that say any different, I’ll body him and any n-gga he f-ck with.”

Game is here to stay. Manager Wack 100 recently spoke out on the possibility of retirement and gave major details on upcoming music. Wack 100 said Game wasn’t retiring, and actually had 30 tracks on the way. He said it was going to be set up in a playlist-styled scenario, but didn’t give any release dates or further information.

“Do I personally think he’s going to retire? I think not. I don’t think he knows how to. You know he’s got something for the people because he just felt like they needed it. Its 30 Game joints – it’s kinda going to be like a Game playlist type set up. We’re calling it 30 for 30. You know with Game you never know. I know we’re about to start getting off into film, I know he’s defintely looking to manage and sign some artists, but Game has the passion for music, he has a studio at his home. Do I think Game could walk by his studio every day and totally ignore it? Hell naw… Do I think he’s not going to stay relevant without having something to say, he definitely will.” 5 Reasons Tyler, The Creator’s New Album Is His Most Hip-Hop Ever Tierra Whack Flips Her “Pop” Side On New EP