Grammy-winning rapper Lil Wayne and his publicized boo Denise Bidot might be done-done. Social media has erupted after the plus-size model appeared to pull the plug on her Instagram page following Wayne’s endorsement of President Donald Trump.

As of this week, Denise’s Instagram page has faded to black. The IG account which featured tons of pics of Bidot boo’d up alongside Weezy F. Baby no longer exists. 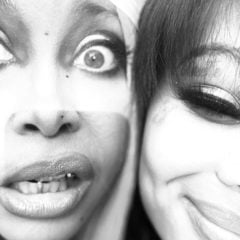