Louisiana rapper Lil Wayne is not slowing down on the buildup of his Young Money Entertainment empire. He and business partner Mack Maine – president of the label – just blessed up Tunechi’s newest signee with some wild ice. 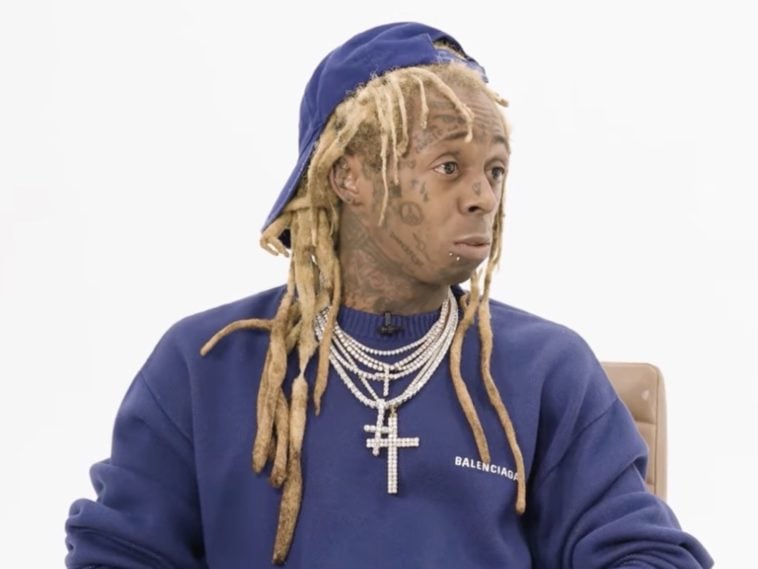 Tunechi welcomed Mellow Rackz onto their squad with a nice iced out chain, going the extra mile and even putting it on her neck. Rackz went to her Instagram to celebrate the moment and show just how thankful she was, offering love to Young Money and expressing excitement for what’s to come.

The Grammy-winning rapper will probably be dishing out career advice on how to live in the moment to his newest signee, because he knows how fast time flies by. The hip-hop star recently stepped up to let the world know it’s the 10-year anniversary of his unforgettable Tha Carter IV studio album.

Lil Tunechi went to his social media pages to geek out over his self-created legacy. Wayne even encouraged his millions of followers to reveal their favorite song off the 2011 project.

“10 years babbbbbbyyyy!!!! We celebrating #ThaCarterIV all weekend!! Take a shot of @originalbumbu for me!!! 🤙🏾 What’s your favorite song off the album? #ThaCarterIV10”

Hitmaker Dre of Cool & Dre hit up the comments section to salute the LP.

“I Like The View & So Special. But then again I’m biased…”

“Woop!!!! We celebrating #ThaCarterIV 10th anniversary with THE COMPLETE EDITION! Out now everywhere!! 🤙🏾”

Weezy F. Baby headlined the World’s Largest Pizza Festival in California. The event went down Sunday, August 29 in its long-awaited and mighty return to Beverly Hills.

DJ Irie will be providing the vibes spinning on the ones and twos and Hip-hop icon Lil Wayne will headline the event with a performance you won’t want to miss. The Largest Pizza Festival is a fully outdoor event in compliance with all local and state guidelines for mass gatherings. Guests who are sick, have a fever, or have been exposed to COVID-19 are asked to stay home. Signage and staff throughout the venue will encourage guests to wear masks, which will be available for free at check-in or any food and beverage areas. The Largest Pizza Festival is a cashless event with multiple hand washing and hand sanitizing stations located throughout the party.

Lil Wayne is always one to pay it forward. Recent reports revealed just how far he went to try to bless up the person who saved his life.