In a recent Twitter thread, rappers Lil Uzi Vert, Lil Baby, and NLE Choppastated their support for fellow rapper Kodak Black over his drug trafficking case. It’s quite unfortunate that some of the most popular rappers in the game share similar negative experiences with law enforcement. 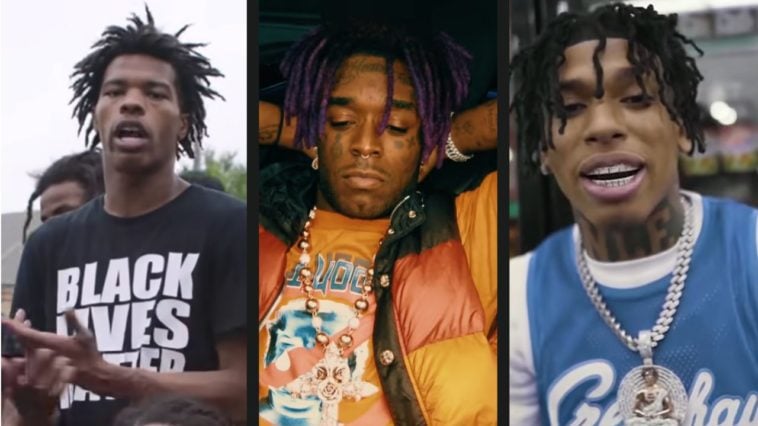 The three rappers all shared support for Kodak Black after his drug trafficking case. It all started with a tweet from Lil Uzi captioned:

“Everybody know Kodak Jus got shot I seen this N**ga with his scripts Idk why he going thru this shit still Mannn Wtf going on down there In Broward ? @KodakBlack1k  you blessed tho fam you will threw any situation that’s put in front of you ..”

Lil Baby then responded in the thread:

“You gotta get the bag and stay low.”

This comment mirrors how most rappers in hip-hop culture have a tendency to be flashy which eventually causes issues with the law if they are not careful.

NLE Choppa, in his reply, called Broward County attorneys “racist” and said he knows firsthand because he was once incarcerated in the same county.

On July 15, Kodak was arrested for having oxycodone pills in his car and was charged with drug trafficking. However, he was later released on a $75,000 bond.

Even with the support from several of his rap peers, Kodak Black had a series of Tweets earlier this week about how he felt racially profiled in his hometown.

In the tweet, Kodak mentioned how he deserves his freedom as a black man in America.

He also says that for everything he does in his community, he should be getting love and respect from the police, not harassment.