Rap star Lil Nas X is showcasing his actual pride to be queer during Pride Month. The pop icon has shared an entire photoshoot of colorful shots in celebration of the month-long holiday. 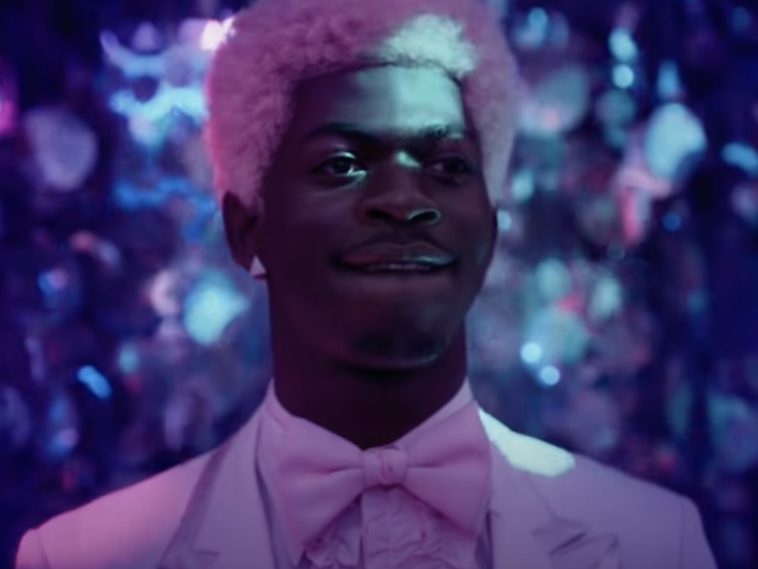 Lil Nas had his followers in awe when he posted several shots of himself on Instagram. The pics featured Nas wearing a silky pajama set with silver chains around his neck and his signature eyeliner.

Fans couldn’t get enough of the looks the Grammy-winning singer was serving, showering him with praise and commending his decision to be true to himself.

In April 2021, X hit up his Instagram to share a sneak peek at his fashion goals. Lil Nas also detailed his support for the brand’s Gucci Aria film.

“Attending the digital screening of #GucciAria, a special film co-directed by @alessandro_michele and @floriasigismondi, featuring the new @gucci collection”

A singular voice, taking its turn in the spotlight; in the Italian language, ‘air’. In his notes on the collection, the Creative Director calls it “a deep and ecstatic diving in everything we yearningly miss today… a jubilee of breath.” In the year of Gucci’s centenary, Alessandro Michele opens the locks of history, only to find a deeply personal vision of the mythology that surrounds the brand. Standing sentinel is the Savoy Club—a tribute to The Savoy Hotel in London where founder Guccio Gucci worked as a liftboy in his youth.

A few weeks ago, Nike settled its lawsuit after a publicized war against Nas X and his sneaker collaborator. Despite things ending peacefully, part of the agreement is for the kicks to never see the light of day.

Fabolous Resurrects Loso For Ray Jr. & Ripp Flamez’s “Nosebleedz” Remix: “Got Her The Rihanna’s To Go W/ That Desiigner Like Blaaaah!” [Audio]