Grammy-nominated rapper Lil Baby is leveling up and putting his focus on the work grind. The hip-hop star delivers an unexpected and much-appreciated new “Real As It Gets” music video to the masses. Following mounted buzz and anticipation, LB came through with his new single and visual. Instead of staying inside his luxury home, the video takes place outside and surrounded by peers.

Baby has now dropped the new single called ‘Real as it Gets’ featuring EST Gee along with its music video which is shot around the street in presence of the homies. Watch the video for the street banger below. Lil Baby had the biggest album of 2020 with My Turn which is now certified triple platinum. Does he have another album on the way? (HHNM)

Recently, Lil Baby teased fans about gearing up to drop some new music.

Atlanta rapper Lil Baby is asking the real questions. He takes to social media to ask followers what his next move should be. Lil Baby goes to his Twitter to get fans’ opinions on if he should chill out or make a major move and release some more music. 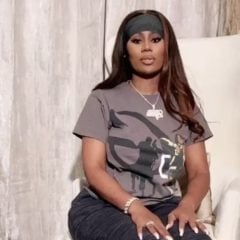 Lil Baby’s Back In The Studio

In early February 2021, LB went to his Instagram page to share a pic of himself in a recording studio. Despite not giving many clues, he did promise something was gearing up to come out.

Recently, LB popped up in a viral pic with rap heavyweights Meek Mill and Drake. The shot allegedly stemmed from an outing in the Bahamas.

The Atlanta rap star knows how to have fun and put himself around greatness. A new pic is going viral showing him chilling alongside rap heavyweights Drake and Meek Mill in the Bahamas. The must-see pic shows LB standing next to Meek and Drizzy. While details are scarce, the shot shows them all at a poker table with playing chips.

In January 2021, New Jersey rapper Russ came out with something big. He recently took to his Twitter with news of his Boi1da-produced “Ugly” track with the Atlanta rap star.