In a recent interview, Latto spoke on the importance of women empowerment and also her respect for motherhood. 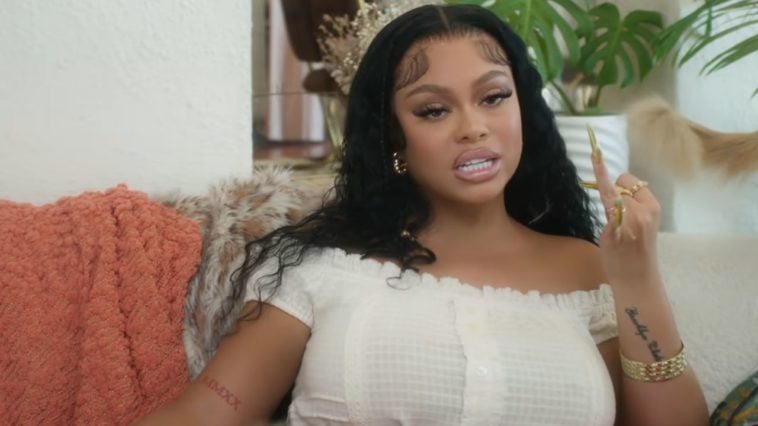 Latto, an advocate of women empowerment, addressed what the movement means to her in her latest interview with the City Girls’ Yung Miami.

During the interview, Latto and Yung Miami discussed what it is like being a woman in the industry. Both made valid points, such as men having a better sense of unity and sportsmanship than women.

They also discussed Drake, pointing out how he could find a new artist and everyone would see him as a hero or philanthropist.

Meanwhile, if two female artists work together, one has to outshine the other because there is only enough room for one at the top.

The “No Panties” rapper acknowledged these traits within her career and has chosen to blaze a trail for everyone to showcase their talent.

The “Soufside” rapper also addressed her controversial song, “P*ssy,” and her stance on Roe v. Wade getting overturned.

When the “Muwop” singer released the cover art to the song, everyone thought it would be another song about sex. However, once the song was released, it garnered a lot of talk on the subject matter.

The Atlanta native said she wants to use her platform to spread awareness and use her voice to speak up for all women.

The “Sex Lies” artist also talked about how she is ready to be a mother.

She also mentions in the interview that she has a lot of respect for mothers, especially young mothers saying they are the true “boss b*tch” and even commending Yung Miami’s motherly skills.

In other empowering women news, “Icy” rapper Saweetie recently got candid about her experiences as a Black woman.

The rapper also addressed her blossoming relationship with her natural hair.

It wasn’t until the Icy Girl’s varsity year of high school that she began to embrace her natural hair. Justice Ketanji Brown Jackson Will Balance The Supreme Court. We Need Morgan Harper Repping As The Only Black Woman On The US Senate