Latto is full of confidence and big energy after her BET Awards win this week and she’s got a whole lot to say about the Supreme Court’s recent overturn of Roe v. Wade.  The Georgia rapper previewed a snippet of a new song on Tik-Tok in which she slams the ruling and uplifts a woman’s right to body autonomy. 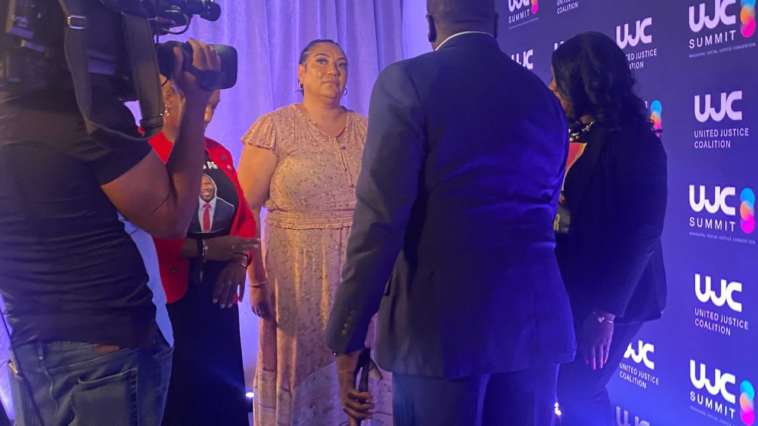 The BET Award Best New Artist winner dropped a teaser of her clap back on Thursday (June 30) night as many musicians have taken a stand on the overturning of Roe v. Wade. Latto posted her video to TikTok, giving fans a preview of her new song in which she takes on those who would “bully” a woman’s ovaries.

In the video, the Atlanta artist is seen wearing a white bathrobe and sitting in front of a makeup mirror as stylists put on her makeup and curl her hair. She raps along with the accompaniment, making expressions of disdain and even rolling her eyes, saying:

“How you ain’t gotta pussy, but got opinions on pussy.  My ovaries are not for you to bully.”

Latto used the lyrics to express her discontent with the decision to ban women’s abortion rights.  She specifically takes on the men in power who have lobbied in Congress and on the Supreme Court against a woman’s right to choose.

The song is getting a lot of early feedback from fans who say they are anticipating the release. Also, many fans praised the way Latto used Tik-Tok as a platform to speak up for women’s rights. Until now, this video has racked up more than 100,000 likes and thousands of comments.

Speak Up For Women

Latto joins other musicians in the hip-hop community who have recently taken to social media to speak out for women’s rights and against the overturning of Roe vs Wade.

On June 28, the twerking queen Megan Thee Stallion posted a video on TikTok of her twerking to “Falsetto” by The-Dream. As she was dancing, a box of Plan B – a type of morning-after pill that can be used after unprotected sex – was spotted on top of the open suitcase behind her, drawing immediate attention to the U.S. Supreme Court’s decision to overturn Roe v. Wade. The Texas-based rapper also shouted out loudly  “my body, my motherf****** choice” to show her attitude and speak against the abortion decision at Glastonbury Festival in Somerset.