Florida rapper Kodak Black is embracing his freedom. The hip-hop star has come forward to bless fans with his new “Every Balmain” anthem following his recent release from prison.

Heading into Saturday, KB pressed the green light on dropping his new song. The record follows his recently released “Last Day” song which came out after being released.

Kodak Black released his new single, “Every Balmain,” a slow-burning track where he decided to stand alone without any features. His fans have vocalized their support following his release and are awaiting news of the next Kodak project that we expect will arrive sooner than later. Stream “Every Balmain” by Kodak Black and let us know what you think. (Rap Basement) Kodak Black must surely be a relieved man after getting free from prison. The rapper was pardoned by President Trump on his way out, getting released after serving about half of his 46 months for making a false statement on a Federal document. Kodak dropped a new song ‘Last Day In‘ immediately after being released. (HHNM) 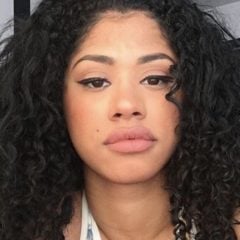 This week, rap crooner Tory Lanez went to his Twitter page to keep things 100 on Black’s release. Lanez suggested Black is going to be at the top of his game with the new music he’s gearing up to release.

““I done stood up in that water with all kind of divers. I done made it out that fire, like a firefighter.” #KODAKHOME 🐐💎🩸”

Recently, Kodak took to his Instagram Story to reveal he tattooed his lawyer’s name onto his hand. He shared the massive token of appreciation for famed legal muscle Bradford Cohen, which was done on the side of his left hand.