Chicago rapper King Von isn’t giving anybody a pass for associating with a snitch. Von made that crystal clear when he said he’ll “never forgive” Akon for doing a song with Tekashi 6ix9ine after Tek infamously cooperated with authorities.

Since getting out of jail, Tekashi isn’t as hot as he used to be, but he did drop a new album and has worked with the likes of Nicki Minaj and Akon. King Von, who is part of Lil Durk’s Only The Family crew, isn’t here for any of it.

Ebro of Hot 97’s “Ebro In The Morning” show declared Tekashi 6ix9ine is done. Tek reached No. 1 on the charts with his single “Trollz” featuring Nicki Minaj recently, but his new album TattleTales saw weak sales figures and is currently nowhere to be found on the Billboard 200 chart. 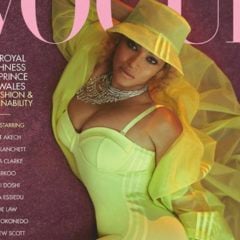 Atlanta rapper 21 Savage is making it very clear his team doesn’t rock with Tekashi 6ix9ine. The hip-hop star went online to share footage from a 70’s party celebration and decorations aimed at poking fun at the New York rapper for previously working with federal prosecutors. T.I. Responds To The World Thinking He Spoke Ill Of King Von Donald Trump Boo’d By His Day Ones Over Vaccine Stance