pgLang has announced a new venture with Calvin Klein. The company’s official Instagram page revealed the collaboration that also features some new music, which features artists like Brent Faiyaz and Baby Keem. Earlier in the year, Kendrick’s company released a statement about what exactly they were. He announced its creation publicly on Twitter back in March 2020.

“pgLang is multilingual. Our community speaks music, film, television, art, books, and podcasts – because sometimes we have to use different languages to get the point of our stories across. Stories that speak to many nations, many races, and many ages. That is why our writers, singers, directors, musicians and producers break formats when we build ideas and make them real for the curious. Putting round pegs through square holes is not a process, but we embrace the idea of anarchy and challenges that make us stronger. pgLang is focused on using our experiences, and nurturing our many collaborators, to build stories that are equally accessible and engaging then fitting them within the best media.” 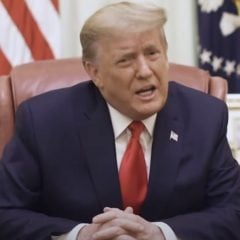 Compton rapper Kendrick Lamar will never stop selling records. His 8-year-old project good kid, m.A.A.d city has since returned to a high spot on the Billboard Top Album sales chart. GKMC has found itself in the top ten of the list again.

After eight years, Kendrick Lamar’s Good Kid, M.A.A.D City is back in the top 10 of Billboard’s Top Album Sales chart. The set, released in 2012, surges 23-9 on the chart dated Jan. 9, thanks to strong vinyl album sales. Overall, the album sold 8,000 copies in the U.S. in the week ending Dec. 31, 2020 (down 32%), according to MRC Data – with vinyl sales comprising effectively all of that sum. While the album had a decrease in sales, so did every other carryover album in the top 10, so those sets with the smallest declines actually move up the chart. (Overall album sales fell 42.5% for the week, so Good Kid beat the industry decline.) (Billboard)

Ab-Soul Says Kendrick Lamar Album Is On The Way

It looks like Kendrick is making a full-fledged comeback in 2021. The Grammy-winning MC’s return to the live-show circuit was announced recently, and Top Dawg Entertainment’s Ab-Soul reveals a new K. Dot album is coming this year. Ab responded to a fan asking if Top Dawg Entertainment’s return to dropping albums also included Lamar’s delayed tunes.