Former Empire star Jussie Smollett has brought his kidnapping case into the booth with the new song “Thank You God.”   He is still claiming he is innocent of all charges and is using his voice to raise funds for the Illinois Innocence Project. 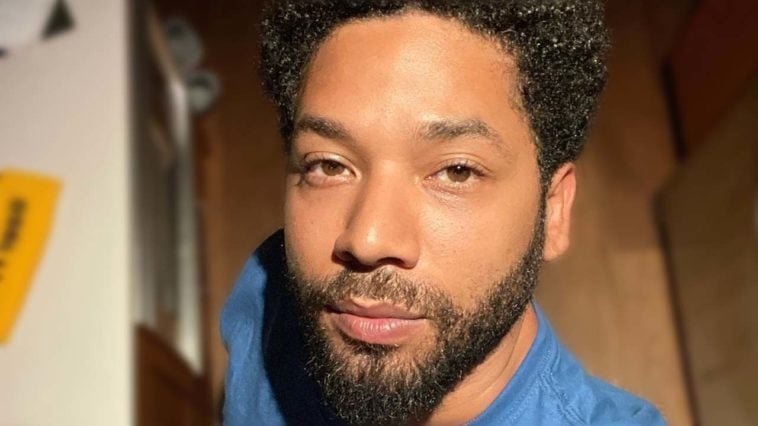 Former Empire star Jussie Smollett has dropped a new song “Thank You God” in which the recently incarcerated – then released – actor maintains his innocence in the case.

Jussie raps that he didn’t have the motivation or ability to construct the elaborate racial attack saying:

Smollett says he will be donating proceeds from the song to charity for organizations such as The Rainbow Push Coalition, Secure The Bag Safety, and Illinois Innocence Project.

The Illinois Innocence Project (IIP), conducts research and investigates on behalf of attorneys representing convicted inmates in cases where there is a strong likelihood that the individuals, even though convicted, are actually innocent.

Jussie’s contributions to this organization will come just in time to support the Illinois Innocence Project’s plea for the convicted offender, Melissa Lucio.  Lucio is facing execution on April 27, 2022, for the accidental death of her daughter, Mariah, who died from complications after a fall down steep outdoor stairs.

Last month, actor Jussie Smollett was released from prison on bond after serving five days of his 5-month sentence for a hate crime hoax. The bond was $150,000, and Smollett will be able to stay free pending an appeal.

“We told the appeals court that pending the appeal Jussie, ought to be released because quite frankly the case sucks and is bogus against him. And they released him, and that says a lot about what the appeals court thinks of this case. Now we still have a long battle ahead of us and everyone should please pray, we need to fight, we need the support we got, everyone helped in this spot, all the calls of support, the sharing on social media everyone contributed to this big win today.” City Girls’ JT Keeps It 100 On Nicki Minaj Beef Question: “I Love Her”