Joey Bada$$ was recently a special guest on the Breakfast Club to promote his new album “2000.” The “Paper Trail$” rapper opened up about almost being signed to Jay-Z, becoming a father, and seeking therapy as a Black man to resolve past anger issues. 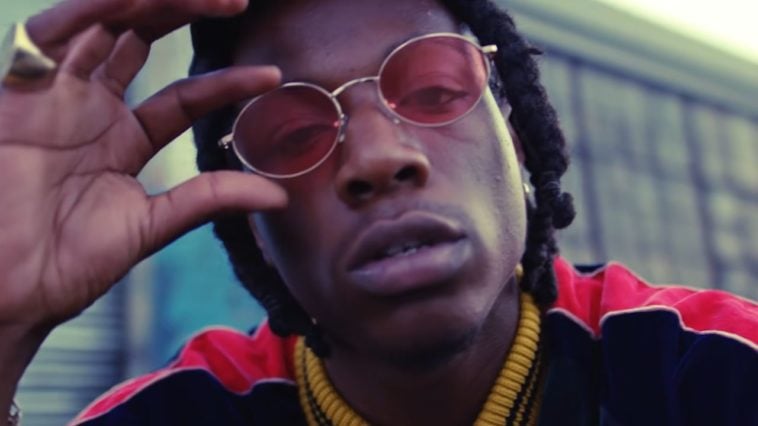 The “Waves” maker talks about almost being signed to Hov, growth through fatherhood, and using therapy as a tool for anger.

Bada$$ sat with DJ Envy and Charlagmagne to revisit the first time he met with Jay-Z at 17.

Referring back to that moment, he said:

“it was a dope experience because at 17 years old, I felt so limitless.”

He recalls his dream of being signed to Roc Nation at age 15.

While Joey’s Roc Nation dream didn’t come to fruition, his relationship with Jay-Z has evolved over the years.

The “95 To Infinity” artist continued to discuss his experience as a father, detailing the transition as one of the many reasons he took a break from music.

While thinking about some of the ways he has changed since the birth of his daughter, he talks about his experience with survivors remorse, feeling obligated to take care of everyone around him during his early career.

“When I had my daughter it was like oh shit, I only got one kid.”

While the actor and rapper enjoy his life as a father, he also touches on the importance of therapy.

His journey began in 2020, during the height of the pandemic.

“As unfortunate as that Pandemic was for a lot of people, and I definitely don’t want to be insensitive…but for me, I needed that shit”.

Furthermore, he discussed the importance of slowing down:

“I didn’t know stillness in my adult life.”

The rapper used his time to tap deeper into himself and improve his quality of life.

“Therapy was definitely an outlet that I saw to bring me closer to a higher self-awareness.”

As the conversation unfolded, he discussed the concept of emotional intelligence and the need to identify your own emotions.

“If you tell a black man, ‘you being emotional’ thats like offensive. But people don’t realize, If you angry, if we having a conversation and you screaming cuz you mad, your in your emotions”.

The “Highs & Lows” rapper then acknowledges his anger issues as an adolescent, admitting his struggle to understand his emotions at one point.

His anger derived from the split between his parents, which was transmuted through therapy.

Emotional intelligence is not a concept that is popular amongst Black men, so we are hoping that Joey’s openness will spark conversation.

Joey took to Twitter to let some folks know how he felt about cancel culture and refused to apologize for it:

“ Lizzo getting flack for using spazz is crazy! Wypipo just be waiting for you to say anything remotely off I’ll be the first to tell y’all, Y’all can SMD. I ain’t never apologizing to white america, hold my nuts.” Cardi B Fights Back In Met-Gala Autograph Attack Lawsuit