Disney Television Animation has announced the guest stars of the upcoming TV series Marvel’s “Moon Girl and Devil Dinosaur.” The top guest stars include Jennifer Hudson, Method Man, and Wesley Snipes. The series will premiere on Disney Channel in 2023. 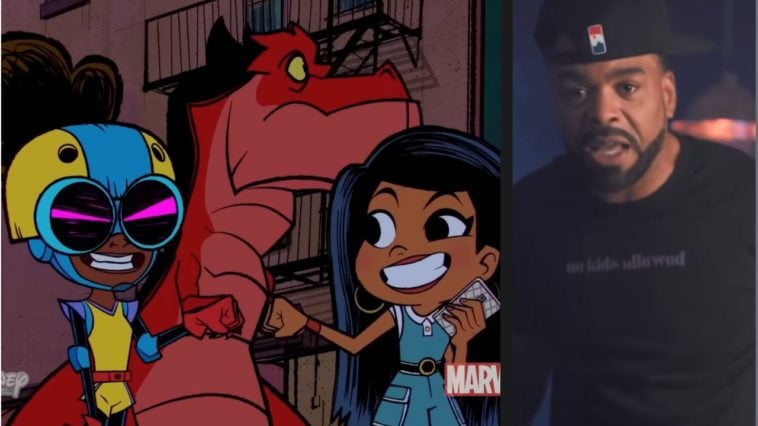 Talented actors include Academy Award winner Jennifer Hudson who played a role in “Sex and the City” and “Respect,” rapper Method Man who starred in “How High,” and Wesley Snipes, who was honored with the Best Actor in Volpi Cup for playing the leading role in “One Night Stand.”

The TV series is based on two similarly named Marvel comic books. The main character, Lunella Lafayette (Moon Girl), played by Diamond White, is a girl with a gift who brought the Devil Dinosaur to today’s New York by accident.

The first-look clip is now available for viewing on Marvel’s Youtube channel.

Beyond the cast, the production team is also worth the wait. The series will be executive produced by Laurence Fishburne and Helen Sugland’s Cinema Gypsy Productions (ABC’s “Black-ish” and “Mixed-ish,” Freeform’s “Grown-ish”) and Steve Loter (Disney’s “Kim Possible”). In the “The Matrix” trilogy, Fishburne, “Morpheus” will also give voice to the villainous Beyonder in the show.

One of the guest stars in this upcoming series, Jennifer Hudson, achieved EGOT status this year in June after winning a Tony award for her production of “A Strange Loop.”

“EGOT” refers to people who have won an Emmy, a Grammy, an Oscar, and a Tony during their careers.

Only 16 other entertainers, including Whoopi Goldberg and John Legend, have achieved EGOT status.