R&B singer The Weeknd is going to have all eyes on him on the biggest stage in sports. The award-winning crooner has been announced to headline the Pepsi Super Bowl LV Halftime Show in February.

A new press release revealed the huge announcement with Pepsi, the NFL and Roc Nation all making the news official. The performance will take place at Raymond James Stadium in Tampa Bay, Florida on Sunday, February 7.

Marking the second year of this collaboration, Pepsi, the NFL and Roc Nation are excited to bring The Weeknd to the world’s biggest stage for what is sure to be a transcendent performance. The Pepsi Super Bowl LV Halftime Show telecast will be produced by DPS with Roc Nation and Jesse Collins serving as executive producers, and Hamish Hamilton serving as director. Roc Nation is also serving as the strategic entertainment advisors of the live performance. 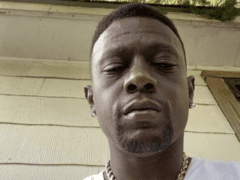 JAY-Z + The Weekend Make It Official

Both Roc Nation boss JAY-Z and The Weeknd have confirmed the huge news. Young Hov credited Weeknd’s unique sound for being a perfect reason to showcase his talent to the world.

“We all grow up watching the world’s biggest acts playing the Super Bowl and one can only dream of being in that position. I’m humbled, honored and ecstatic to be the center of that infamous stage this year,” The Weeknd said.

“The Weeknd has introduced a sound all his own. His soulful uniqueness has defined a new generation of greatness in music and artistry,” said Shawn JAY-Z Carter. “This is an extraordinary moment in time and the Pepsi Super Bowl LV Halftime Show is going to be an extraordinary experience with an extraordinary performer.” 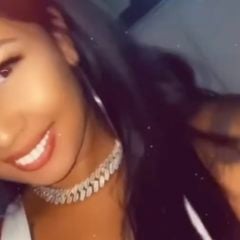 In October 2020, Detroit rapper Royce Da 5’9 hit up Instagram to geek out over a historic level up for the NFL and Black executive Jesse Collins. Royce shared a headline confirming Jesse’s addition to the halftime show and gave him a couple king crown emojis.

Recently, reports surfaced about Roc Nation, NFL and Pepsi’s decision to give Collins the high-end position and making him the first-ever Black producer of the champions games’ halftime show. Roc Nation boss JAY-Z confirmed the huge power move and spoke on what Collins brings with his industry experience.