Atlanta rapper Gucci Mane always stays icy. New pictures and videos have emerged of what is a new line of Beyoncé’s Adidas Ivy Park apparel with the trapper legend’s spin put on it.

Dubbed “Icy Park”, the line’s third drop will revolve around snow-themed apparel with a hint of streetwear. The exact drop date hasn’t been revealed but the viral teaser also included Hailey Bieber among others.

The third iteration of the collection is designed to bring the street to the slopes with an assortment of apparel, footwear and accessories that blend alpine-inspired elements with classic streetwear references. The size-inclusive collection is intended to inspire “creativity, individuality and imagination” in its wearers, according to the partners. Think faux sheepskin and performance towel terry materials that add texture to a range of cozy pieces. The collection also introduces a new Ivy Park monogram on some of the apparel and accessories, while others sport a playful ski tag print. (WWD) 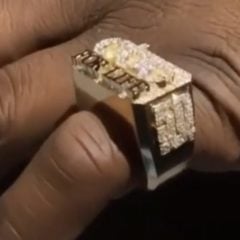 R&B crooner Jhené Aiko has everybody stunned, like usual. The publicized and rumored intimate companion of rap star Big Sean recently went to social media to show off her figure wearing some of Bey’s Adidas Ivy Park gear. Aiko took to her Instagram Story with the picture, captioned about her petite frame. Rocking Beyoncé’s line, she posted up in the mirror and was slaying for followers. 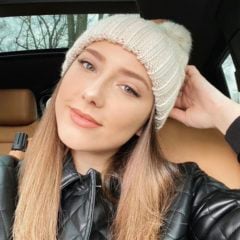 Music moguls JAY-Z and Beyoncé are a match made in heaven. A recent pic went viral showing Queen Bey stealing the camera’s attention smiling with Young Hov in the background.

In November 2020, Queen Bey went to her Instagram page to deliver some must-see pics. The shots featured her donning a variety of all-black outfits from her signature Adidas Ivy Park Drip 2 collection.