When it comes to a feud that has been going on for over a decade, outlandish remarks about one another are expected. The latest example is The Game, proclaiming he has more classic albums than 50 Cent. 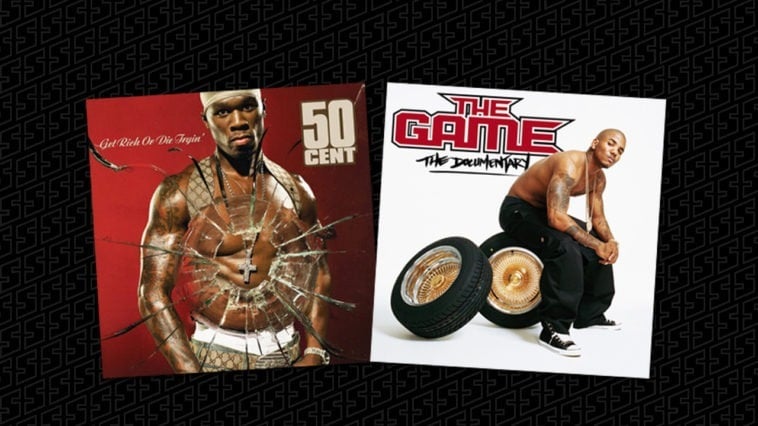 220 Views
Comments Off on Game Says He Has More Classic Albums Than 50 Cent. Facts Or Cap?

In an interview on “I Am Athlete,” The Game gave an opinionated statement that had the whole panel talking. The Game said he has more “classic” albums than 50 Cent, whom he has been beefing with for over a decade.

“They say 50(Cent) came in and wrote the Documentary(The Game’s debut album), well we know that’s not true because I have more classics than him,” said The Game.

He referenced 50 Cent’s debut album, “Get Rich Or Die Tryin’,” which is considered a classic by many rap fans. Lastly, album projects The Game fans consider “classics” are “The Documentary” and “Doctor’s Advocate.”

More “Classics” On the Way?

The Game has the chance to validate his statement about having more classics than 50 Cent with his new upcoming album, “Drillmatic: Mind vs. Heart.”

Hit-Boy will executively produce the upcoming album. According to The Game Instagram, the release date is June 17.

This would be The Game’s 10th studio album. The release of “Drillmatic: Mind vs. Heart” comes after he announced his retirement after the release of “Born 2 Rap” in 2019.