Chicago rapper Famous Dex is keeping his mom’s memory alive. The hip-hop star has come through with his new Diana album in her honor and it’s packed with guest features.

After mounted anticipation from fans, Dex has delivered his 17-song project to the masses. The album’s name, rollout and overall inspiration comes from Famous losing his mom to breast cancer.

Today, Chicago’s own Famous Dex releases his sophomore album DIANA. As reflected in the artwork, the 17-track effort is named after Dex’s mother Diana who passed when he was a teenager due to breast cancer. Unable to witness her son’s rise to fame, Dex releases his sophomore album during Breast Cancer Awareness Month in her honor. The album features previously released bops such as “What I Like” ft. Rich The Kid and Tyga alongside new collaborations such as “Solar System” ft. Trippie Redd and “Made Like Us” ft. Jay Critch. In addition, DIANA also features production from heavyweights such as SethInTheKitchen and Diplo.

Dex went the cinematic route with his new LP release. The project has its own documentary and explores his Chi-Town childhood and rise to the top of the music charts.

Accompanied with the album comes Famous Dex: The Documentary – poignant documentary that explores the many facets of Dex’s life, including growing up in Chicago, missing his mother’s funeral, his rise to fame, trying rehab and more. The deeply personal short film comes with commentary from Dex’s family, friends, and the rapper himself. Famous Dex: The Documentary lays it all on the table by reflecting on the past, present, and future of the enigma that is Famous Dex. With the release of Diana and Famous Dex: The Documentary, Dex re-introduces himself by opening up about the inspirations that led him to music and the motivations behind his come up. As Dex moves into a new era in his music, he proves his come up is far from over. 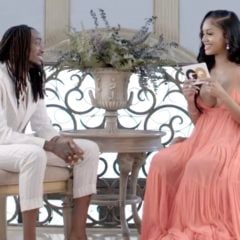 The new album comes packed with guest features. Dex secured everyone from Atlanta’s Rich The Kid to Trippie Redd on the new LP. 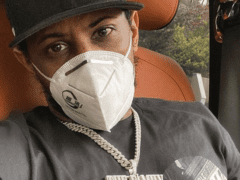 The new album is accompanied with a bunch of flashy music videos including Dex and Wiz Khalifa‘s “Proofread.”