Aron Gadson, the designer behind popular clothing brand Guise, celebrated his VH1 mini-doc release this week with celebs and supporters toasting to his success. But before he was co-signed by Jay-Z and Fabolous, he made a life-changing decision to choose his family over the allure of riches in the drug game. 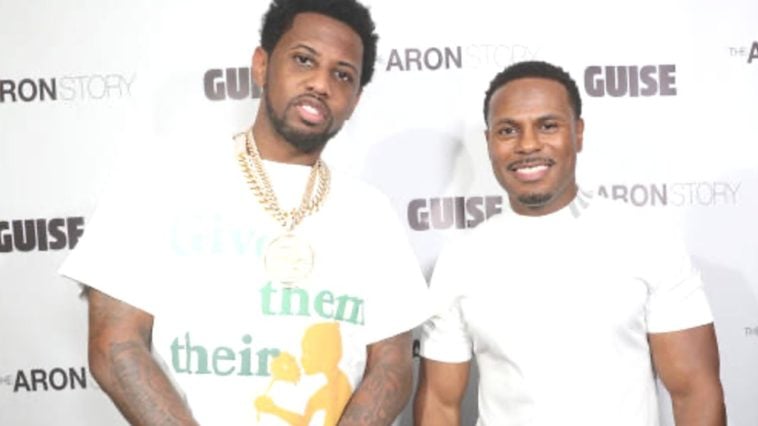 159 Views
Comments Off on EXCLUSIVE: Guise Designer Shares His Journey From Hustler To Fashion + How His Daughter Saved His Life

The VH1 show My True Crime Story documents Gadson‘s story from a hustler slinging coke in the streets of Harlem and the turn of events that ultimately made his leave behind his lucrative yet dangerous lifestyle to pursue his dream of becoming a fashion designer.

Raised in the housing projects of NYC by a single mom, Aron was lured into dealing drugs at the age of 14, building wealth and an empire that afforded him luxury cars, jewelry and an extravagant lifestyle.

But it would all end when he was arrested and imprisoned on a 12 year sentence. While incarcerated, he said all he could think about was his daughter and family.

“It was really a heartbreaking moment for me,” he told SOHH, “because it called a reality for me that if I was the father that I was, then I would never put myself in a position to leave my child over a lifestyle.”

From then on, he wanted to live a life that his daughter could be proud of. He rediscovered his passion for drawing and design, and started his clothing line: Guise.

According to Aron, it was a sign to follow his dreams and give back to his community.

Aron is now a motivational speaker and influencer focussed on uplifting those who want to chase their passions in life and never give up.

Hip-Hop and fashion continue to merge this year with The 2022 New York Fashion Week recently held in NYC. The festivities were filled with the hottest celebs rocking the latest fashions, including Saucy Santana, Kanye West, Latto and Lil Nas X.