Grammy-winning rappers Eminem and Lil Wayne‘s daughters have found gold in TikTok. Vixen Hailie Jade and Reginae Carter have cracked the magic formula to funny on the video sharing platform.

Jade went to her Instagram page to mix her love for reviewing clothes with a hilarious cartoon-sounding voice. Reginae went the extra mile by showing off her acting chops matching her voice to one of Hollywood icon Tyler Perry‘s Madea plays. 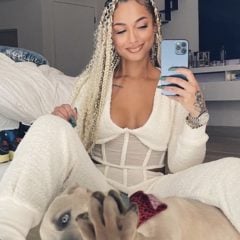 Recently, Carter took to her Twitter with a positive message. The 22-year-old spoke on women valuing themselves and told her peers to know their self worth. 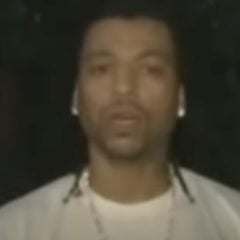 Carter is setting her sights high for 2021. The hip-hop model recently went online to let the world in on what she’s focused on accomplishing over the next 365 days. Miss Carter shared a still shot of herself walking away from 2020 and into big things for the new year. Reginae hinted at plans to take on acting and putting an emphasis on having great health.

YFN Lucci’s Both Of Us Music Video

One thing Reginae doesn’t have to worry about in 2021 is relationship goals. She recently cemented her romantic reunion with boyfriend YFN Lucci after starring in his recently released “Both Of Us” music video.