Grammy-winning rapper Eminem isn’t rocking with Tekashi 6ix9ine. The hip-hop star takes a direct shot at the controversial New York rapper on his new, surprise Music to Be Murdered By Side B album.

Slim Shady uses his “Zeus” song to go off on 6ix9ine. However, Marshall Mathers spares Tekashi from endless jabs and goes with a quick gut punch.

“She says I am trash, but she listens to Tekashi (D*mn)/B*tch, you lost me (Yeah)/Fair weather, wishy-washy/She thinks Machine washed me (What?)/Swear to God, man, her favorite rapper wish he’d crossed me (Yeah)/I love conflict, got a obnoxious (What?)” (“Zeus”) 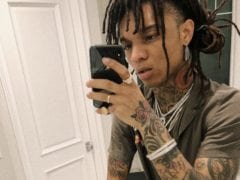 While a buzz had grown on social media with rumors that Em had a new album coming soon, the Grammy-winning MC hadn’t said anything about when his next project was due. Even the reports of Eminem working recently with longtime collaborator Dr. Dre were chalked up to Slim Shady helping out with The Doctor’s next album.

Uncle Alfred heard you screaming for more… enjoy Side B. 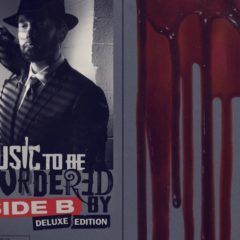 Dr. Dre of course assisted Eminem on Music to Be Murdered By: Side B, serving as a producer and guest rapper. Other features on the album include Ty Dolla $ign, DJ Premier, Skylar Grey, Sly Pyper, MAJ and White Gold.

New York rap veteran Fat Joe was ready to hang up his mic before fellow hip-hop heavyweight Eminem talked him out of retiring. That’s coming straight from Joey Crack himself, who credits Em with keeping his career going after he claims he was “one million percent” done. Cardi B Says She Feels “Poor” With Short Nails