Drake took to Instagram to announce the release of his latest studio album, Honestly Nevermind, at the crack of dawn.  The 14-track album features producer credits from Noah 40 Shebib, Black Coffee, and others. 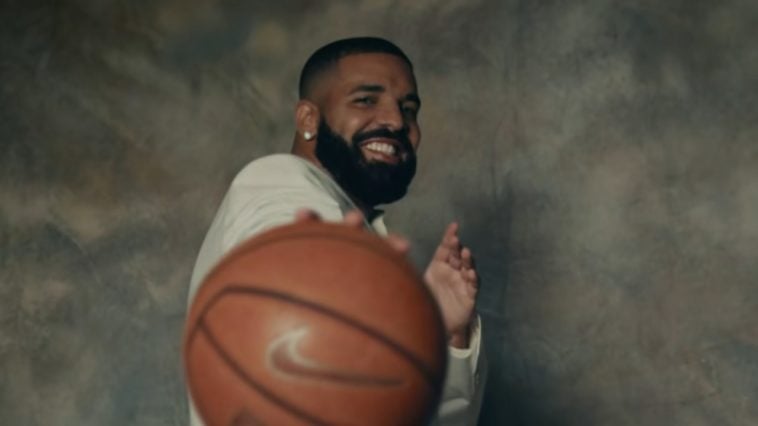 On Tuesday Drake was seen was grinning from ear to ear after one of his Sanctuary Basketball League games. His team NITG-consisting of his head of security Chubbs and close friend OVO Mark – took home the gold yet again after Chubbs sunk the game-winning shot

Shortly after his game, Drizzy was caught on camera stating “I did what Kobe did in Game 7 against the Celtics.” This comment is in reference to the June 17, 2010 NBA Finals game between the Boston Celtics and the Los Angeles Lakers. In a close match-up, LA beat Boston 83-79.

The inception of the League came about the same time as construction on the 6 God’s mansion was underway. The pad, according to Republic World, is 50,000 in square feet, and cost a whopping estimate of 100 million dollars.

World-renowned interior maestro Ferris Rafauli helped build and design the “Take Crew” rapper’s home along with the basketball court that’s since been dubbed “the Sanctuary”. His mansion also includes a ‘Jersey Hall’ with the jerseys of all-time greats including the late Kobe Bryant, Dennis Rodman, and LeBron James all adorned the glass walls.

On June 16th, the “Take Care” rapper posted ONE social media post announcing his upcoming album Honestly Nevermind would be coming out in 24 hours.

During the pandemic, the 6 God was unable to attend any games for his hometown heroes the Toronto Raptors. Lately, Aubrey has made his son top priority to attend his son’s games. The ‘Certified Lover Boy’ may have a Certified Baby Baller.

In a cute yet inspirational video taken by Drake, his 4-year-old son Adonis can be seen attempting to score a shot. Toward the end, Adonis really seems to take after Aubre. When given one more shot and one more opportunity, he captures it and sinks it in!

R. Kelly’s Daughter Claims She’s Been Turned Down By Labels Due To Her Father’s Reputation