Popular Houston female deejay, DJ DBaby, has passed away after falling from the 13th-floor balcony of a high-rise building. Houston police are saying her death was an accident. 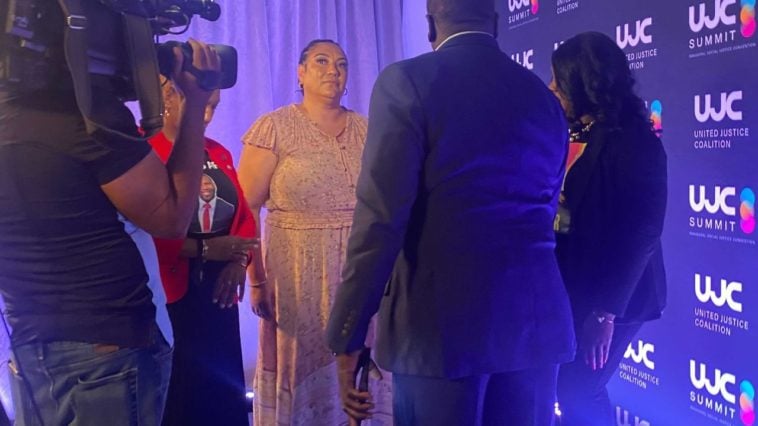 The 23-year-old up-and-coming DJ fell four stories onto the 9th-floor pool deck at the Camden Downtown apartments in Houston, Texas. Lewis was rushed to the hospital by paramedics, where she died on July 13. Houston police claim Lewis’s unexpected death appears to be an accident.

The popular Houston DJ stayed in the mix, performing at shows and events in Miami, Dallas, New Orleans, and around the world. With over 30,000 followers on Instagram, DBaby had a Youtube series called “In The Booth With Baby” where she highlighted up-and-coming female artists like Martina Marie, Desiree Simone, Lil Bri, Pee Supreme, and Milli Bucks.

DBaby was also set to begin working with popular labels like QC and 1501. In an interview with Voyage Houston, Lewis expressed how “proud” she was of herself for “being the youngest female DJ in Houston” and “making a name” for herself.

“I’m only 22 years old traveling the world to DJ, becoming a QC DJ, being a 1501 DJ, and being affiliated with some of the best media outlets and brands. I love my job. My job has definitely had a big influence on my outlook of life.”

She will be missed by many.

Terri Lewis, the mother of the late DJ, confirmed her death on Wednesday morning. She took to Facebook to share the sad news.

“My youngest and only daughter has transitioned, please pray for the family, my heart is heavy and broken.”

“My whole chest hurts. I’m so sorry this happened to you friend. I have nothing but joyful memories to cherish. Thank you so much for cheering for me! You know we love us some YOU man hell nah Dj D Baby in da mix 4L.”

According to reports, many on social media speculated DJ DBaby’s girlfriend, Nishia Jackson, was the reason for her fall. This is because she was the only person present at the time of the accident. Hence, Jackson took to Facebook to clear her name, claiming D was intoxicated.

“Watching so many of you turn this tragedy into something it’s not. I’ve decided to break my silence.On the night in question, her associate dropped her off to me bc they said she could not drive. She wanted to drive to her place & due to her intoxication I stood in front of the door. She ran to the patio (never in a million years would I have a reason to think that the next actions would follow)… once she climbed on the patio chair I sprinted from the door to her but she fell over before I could save her. I literally saw & heard her fall before my eyes.”

Earlier this year, legendary Hip Hop figure DJ Kay Slay passed away after a long battle with Covid-19.  He was reportedly unvaccinated.