Diddy and Yung Miami have been rumored to be in a romantic relationship for months. Recently, the Bad Boy presented a blinged-out gift to the City Girl that shows the “love” is there. 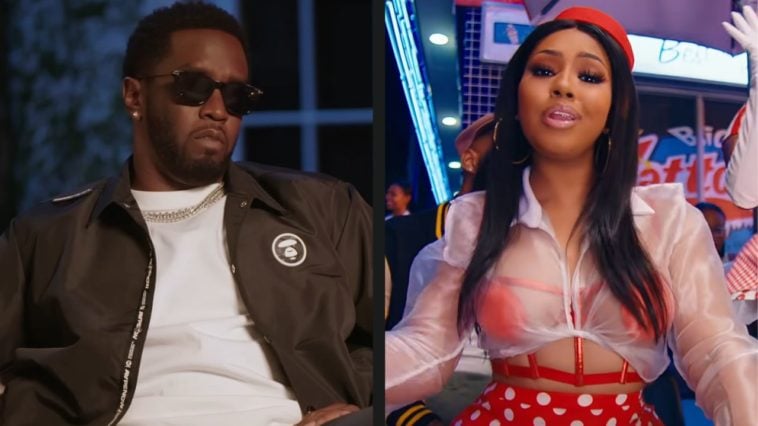 Relationship rumors have been circulating all year about Sean “Diddy” Combs and City Girls’ Yung Miami.

The controversial nominations were announced yesterday.

Yung Miami was nominated for “Best Hip-Hop Platform” for her show, Caresha Please, which airs exclusively on REVOLT, owned by Diddy.

“Proud of you @yungmiami305 Shawty Wop!!!! #adOn your BET Hip Hop Award nomination for Best Hip Hop Platform! You out here Fuckin Shit Up!!!! Love 🖤✨💫 @revolttv … I TOLD YOU! 😘 #CareshaPlease”

It wouldn’t be a Diddy hype without an extravagant gift to accompany it.

He stopped by @Bennydajeweler to pick up an iced-out pendant for the City Girl with a baguette chain that reads “Love.”