Buffalo rapper Conway the Machine might be moving on to bigger and better things. In a series of tweets, he’s subliminally spoken on at how soon he might be leaving record label Griselda and why.

Conway has hinted that he’s dropping one more album under the label and then dipping out. He also seemed to speak on his relationship with Griselda, but didn’t openly give any details that gave a definite answer. 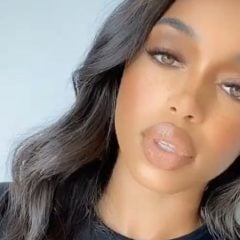 Rick Ross Posts Up With Benny The Butcher

Conway’s Griselda colleague Benny The Butcher survived a scary incident in which he was shot recently. During his recovery, Benny received a visit from Maybach Music boss Rick Ross.

Benny is letting his body heal. The hip-hop artist’s condition has been revealed following an alleged robbery attempt and gunshot injury in Texas several weeks ago. Benny’s Griselda group member Westside Gunn recently went to his social media pages with a sneak peek at Butch. Westside joked about Gunn surviving the attack and getting pampered like a true don.