Notable female rappers, from Cardi B to Megan Thee Stallion and Nicki Minaj, have been silent on the leaked Supreme Court draft intent on overturning Roe v Wade. Meanwhile, Stacey Abrams, infuriated by the high court’s intended move, is leading a charge to raise funds to support organizations that protect female reproductive rights. 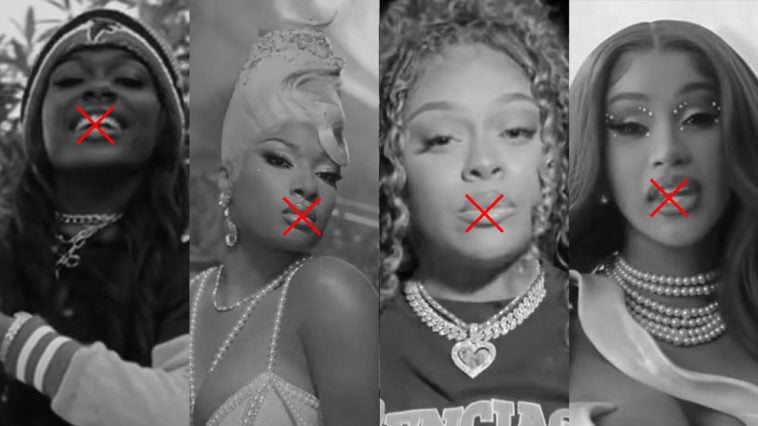 249 Views
Comments Off on Cardi B, Megan Thee Stallion, Nicki Minaj Among Female Rappers Silent On Roe Vs Wade As Stacey Abrams Leads The Charge

The leaked draft coming from the Supreme Court intent on overturning the ruling of Roe v. Wade has rocked the world as the decades-old law faces its demise in the coming months.  People from all walks of life have been weighing in on the issue.  But female rappers, the most far-reaching voices of black women, have been silent.

Cardi B, who has spoken out against the war in Ukraine and spoke out on Sexual Assualt Awareness last month, hasn’t made any statements about the overruling. Even Lizzo, who has spoken out against the Texas abortion ban in March, has been quiet. And in Georgia, where gubernatorial candidate Stacey Abrams has announced a fundraising campaign to support pro-choice organizations, high-profile rappers including Latto, Rasheeda and Omeretta The Great have remained silent on the threat to  Roe v. Wade.

100 percent of the contributions would go to the organization, as said by Abrams.

“As a woman, I am enraged by the continued assault on our right to control our bodies + our futures,” Abrams tweeted on May 3. “ As an American, I am appalled by the SCOTUS breach & its implications. As the next Governor of Georgia, I will defend the right to an abortion and fight for reproductive justice.”

On May 2, it was revealed through leaked documents that the Supreme Court had voted to strike down Roe v. Wade decision, according to an initial draft majority opinion written by Justice Samuel Alito and obtained by Politico.

The court confirmed that the draft was indeed real on May 3. Chief Justice John Roberts referred to the leak as an “egregious breach” of the court’s trust.