With summer slowly approaching, these ladies are coming in hot with new music and projects. It’s only right that we shine a light on ’em. 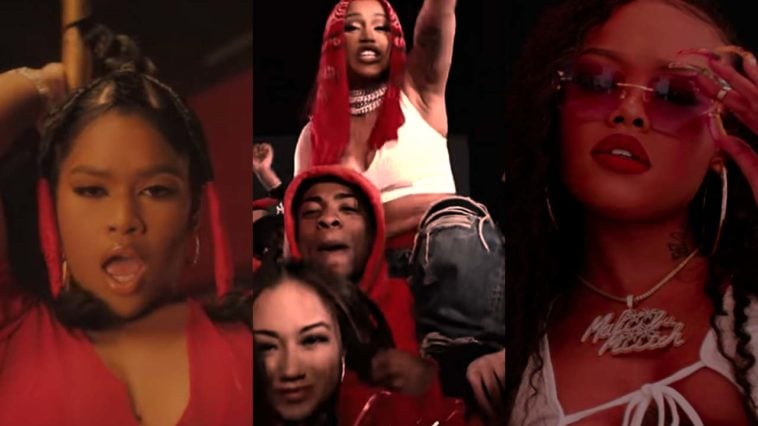 336 Views
Comments Off on Cardi B Homecoming, New Maliibu Miitch Gets Personal, New Drops From Daysulan, Coco Jones, And More!

Cardi B Back On The Scene!

Cardi B makes her comeback with a feature on Bronx drill rapper Kay Flock’s new single,“ Shake It.” The visuals are fire and with her red paisley-designed wig and Bronx flow, we’re reminded how much we miss Cardi. We’re ready for more music.

In other Cardi news, she and husband Offset have finally decided to share first photos of their baby boy, after gracing the cover of ESSENCE Magazine with their blended family.

Bronx rapper Maliibu Miitch drops her first track of 2022, “Letter To My Ex.” The new single gets personal as Maliibu airs out what goes down when a relationship comes to an end, with no repair. With a smooth sound and fire bars, Maliibu’s voice is unmatched.

The Shapewear of every damn body is finally here! Lizzo announced her shapewear line “YITTY” back in March, and it is now officially launched! Taking to Instagram to share the exciting news. Lizzo didn’t stop there – she gave the world a sneak peek of her new album “SPECIAL” set to release later this year! Here’s here new video About Damn Time.

When she’s not posting jaw dropping photos on her Instagram, Day Sulan is out here dropping new music.  After a year hiatus, the Compton rapper is back with a new track “Gravity.”  In the visuals for her new track, Day is tapping back into her stripper skills and spitting bars!

Actress and singer, Coco Jones is back on the music scene with a new track, “Caliber. ” Coco’s vocals have an artistic and smooth flow which makes her music so enjoyable. Fans are ready for the album, sis!

Collegiate basketball star Ameshya Williams-Holiday is out here making history. A senior from Jackson State University that plays center was selected in the third round and 25th overall by the Indiana Fever. Making Ameshya the first HBCU player to be drafted into the WNBA in 20 years!