Houston rap legend Bun B is totally here for a Verzuz battle. During a recent interview, the UGK legend revealed which opponents he’d like to take the virtual stage against.

Bun B revealed that UGK, the legendary hip-hop duo he was a part of until disbanding following the death of Pimp C, preferred to face off against 8Ball or MJG, he’d be open to bigger competition. Bun says that he would be down to square up versus Outkast.

“People keep asking for that. My conversation with Swizz [Beatz] was about UGK Verzuz 8Ball & MJG. It’s the people that are now asking for UGK and OutKast, right? At first, it was just producers, right? This whole concept comes from the idea of beat battles. And so, when they were first doing producers, and they were starting to move into artists, I remember DJ Paul saying that he wanted to do Three 6 Mafia and Bone Thugs. And he put it out there and Swizz was like, ‘Okay, we’ll consider that, you know, let’s put that down and figure out when and how we can make that happen.’ And so in that time, I reached out and I was like, ‘Look, man, I reached out to Ball & G. Would y’all want to do this?’ And they really didn’t know. But this was a very new concept and I explained exactly what it was. And Ball was like, ‘Man, I trust your judgment. If you think this is a good thing for us to do. I’m with it. Let’s do it.’ And so I reached out to Swizz and Swizz was like, ‘I love it. Let’s do it.’ So, we’re still moving on that. Like, UGK Verzuz 8Ball & MJG.” (HNHH) 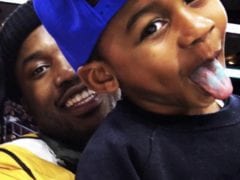 Grammy-winning producer Timbaland knows he has something special with his Verzuz series. The hip-hop heavyweight recently went online to reveal the massive streaming stats from the mid-December E-40 and Too Short face-off. Timbo jumped onto his Instagram page to geek out over his popular event’s stats. Tim revealed the battle went down as the third-highest tweeted music clash. 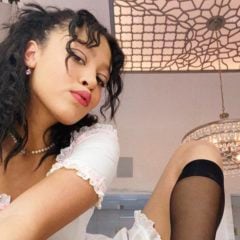 Social media didn’t waste an opportunity to playfully go off on 40 following the epic Verzuz face-off. Instead of putting focus on Short Dog, the Internet targeted 40’s on-screen antics.

Saweetie Claps Back Over E-40 + Too Short Verzuz Support

Last weekend, West Coast rapper Saweetie had to deal with her own batch of Verzuz trolls. Saw clapped back at folks trying to poke fun at her showing support by donning hyphy-inspired Bay Area gear.