Louisiana rapper Boosie Badazz is either speaking big facts or low-key upset about not getting his hands on a Playstation 5. The hip-hop veteran has come forward with a very public service announcement following the biggest names in hip-hop celebrating getting the next generation console.

The rap veteran went to his Twitter page and didn’t mince words. Boosie warned his peers about putting too much time into their video game goals rather than chasing the money bag. 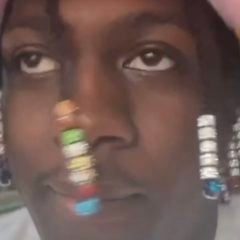 WATCHLil Yachty Proves His Hug Game Secured Him A PS5

This week, fellow Southern rap star Lil Yachty went to his Instagram page with a must-see shot of himself. In the pic, he’s shown holding onto two massive PS5 units and admitting it only cost him a hug.

“All it took was a hug” -Lil Yachty’s Instagram

Along with his PS5, Yachty made sure to let the world know he’s all about the new Xbox Series X console too.

“Understand I’m actually an xbox boy. But truthfully I converted to computerslam” Lil Yachty Gets Desperate For Playstation 5

Initially, Yachty went to his social media pages and did the most all in the name of Playstation 5. The Georgia native asked employees of either BestBuy or GameStop in Atlanta to help secure him one of the next generation consoles.

“I need somebody who work at best buy or game stop in atl to secure me a ps5 I’ll give them a hug, dm me on ig … Send proof you work there also” -Lil Yachty’s Twitter

Playstation recently blew hardcore gamers and hip-hop heads’ minds with a massive announcement. The powerhouse and rap star Travis Scott joined forces to make room for Cactus Jack as a new creative strategist with the company. To make the announcement even more wild, Sony released a Travis-starring commercial plugging its upcoming Playstation 5.